Sandpaper: types of numbers, use

Sandpaper consists of a paper or fabric base on which a layer of abrasive powder. The less abrasive powder falls on a square inch of paper, so it is rougher. In accordance with the grit paper is assigned a specific number by which you can pick up the paper for certain purposes. 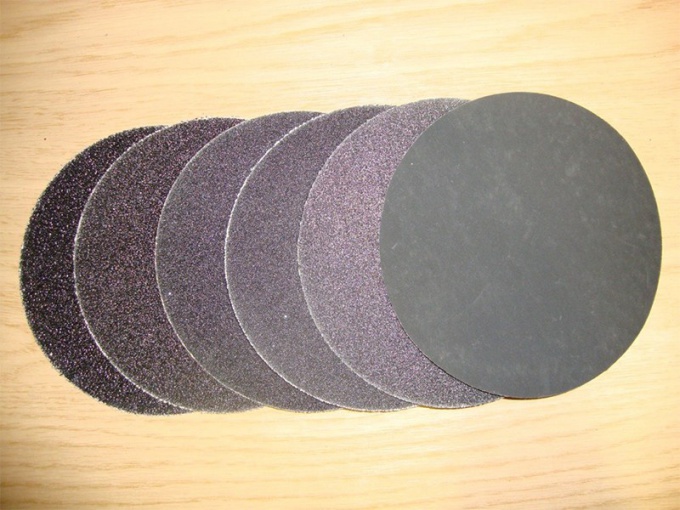 Related articles:
Sandpaper is used for different purposes: to match the job, you need to choose the right grit and type of abrasive material - the two main parameters characterizing the sandpaper.

On the basis of sandpaper applied abrasive material. Depending on how far apart are the individual particles and what is their value, the paper is assigned a certain value of grain.

Distinguish between industrial and commercial sandpaper, first used in enterprises, the second - in the home.

At the moment in most countries of the world, including in Russia, to denote the sandpaper in accordance with the international standard ISO 6344. In accordance with this, the paper is designated by the letter P and a number from 12 to 2500, which characterizes the grain size of the abrasive.

Paper with grit from P12 to P36 is considered very rude it is used, for example, to remove old paint. The grain size of such paper can be up to 1 mm. This paper not be used for finishing work, as it leaves scratches and after the surface is always processed finer sandpaper.

Grit from P40 to P60's considered rude paper this class is used for rough cleaning of the surface, to smooth out small irregularities.

Sandpaper with grit from P80 to P120 is already possible to carry out the grinding, if no special requirements to its quality. The grain size of such paper from 200 to 100 µm.

Paper with grit from P150 to P180 used for the grinding of wooden products for painting. For domestic purposes is rarely less rough sandpaper.

All sandpaper with grit from P180 to P12 belongs to the class of coarse.

Paper with a grain size of less than 63 µm are considered fine-grained.

Grit from P240 to P280 allows for sanding between paint coatings. Paper grain P400 to P600 used for the final sanding and polishing.

Sandpaper with grit from P1000 to P2500 used for polishing ceramic, plastic, metal products and also for wet polishing.

In addition to the imported standard, there is domestic GOST, which still tend to use in everyday life.

There are four main types of abrasive materials, which are used to make sandpaper:

ceramic and abrasive: the most durable material, is used for the coarse initial surface treatment;

In rare cases, for the manufacture of sandpaper use the hardest mineral - diamond.

- aluminum oxide: a soft mineral, which is treated wood surfaces, sand paper on the basis of the most abrasive wear resistant, thus reducing their consumption;

garnet: also applicable for wood, garnet sandpaper is usually used at the final stage of processing, as it allows you to create a surface that better lends itself to staining.
Is the advice useful?
See also
Подписывайтесь на наш канал