How to find the area of the bases of the pyramid

Two grounds can only be a truncated pyramid. In this case, the second base is formed with a cross-section parallel to the larger base of the pyramid. Find one reason in that case, if you know the area or the linear elements of the second. 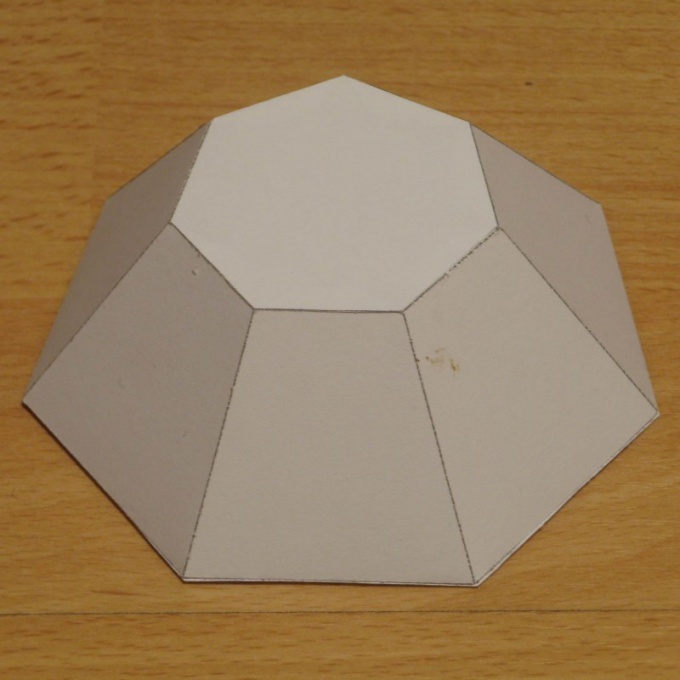 Related articles:
You will need
Instruction
1
The area of the larger base of the pyramid is the area of the polygon that represents it. If this is the right pyramid, its base lies a regular polygon. To know his areaenough to know the only one of its sides.
2
If the large base is a right triangle, find its areaby multiplying the square of side square root of 3 divided by 4. If the base is a square, erect his side in the second degree. In General, for any regular polygon, use the formula S=(n/4)•a2•ctg(180º/n), where n is the number of sides of a regular polygon, a is the length of its side.
3
The side of the smaller base of the find, according to the formula b=2•(a/(2•tg(180º/n))-h/tg(α))•tg(180 ° /n). Here the a – side of the larger base, h – height of the truncated pyramid, α is the dihedral angle at its base, n is the number of sides of the bases (it is the same). The area of the second base look similar to the first, using the formula the length of its sides S=(n/4)• b2•ctg(180º/n).
4
If the reasons are other types of polygons, all known one reason, and one of the sides of the other, the other hand, calculate as such. For example, the side of larger base 4, 6, 8 see the Big side of the smaller base of the wound is 4 cm. Calculate the coefficient of proportionality, 4/8=2 (take the large side in each of the bases), and calculate the other sides 6/2=3 cm, 4/2=2, see Receive side 2, 3, 4 cm smaller base side. Then, calculate their area, as the areas of triangles.
5
If you know the ratio of the corresponding elements of the truncated pyramid, the ratio of the areas of the bases is equal to the ratio of the squares of these elements. For example, if you know the corresponding sides of the bases a and A1, A2/A12=S/S1.
Is the advice useful?
See also
Подписывайтесь на наш канал