How to cook goat meat

Goat meat is very similar to the lamb for its taste and nutritional qualities, but it is less oily. And it is superior to beef in their beneficial properties. Gourmets around the world appreciate the meat of young goats. 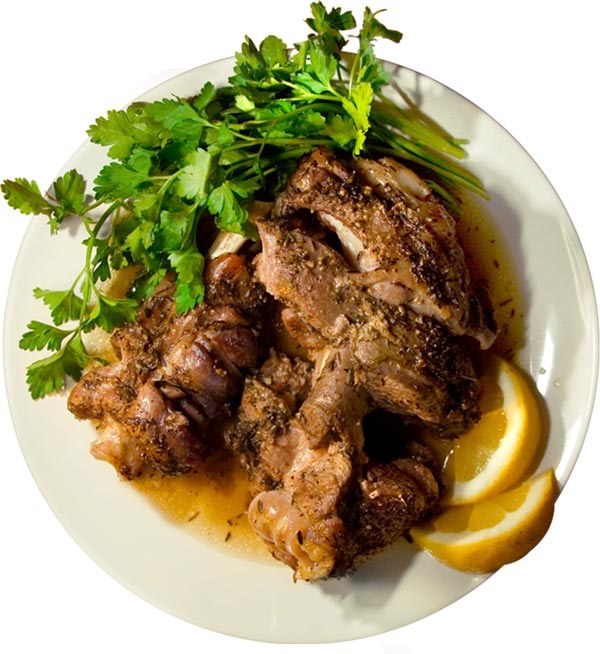 Related articles:
You will need
Instruction
1
Defrost prepared goat meat is a convenient way for you. Rinse under running water and dry with a towel. Cut the meat into small pieces. Salt them on all sides.
2
Heat a pan and fry the pieces of meat over high heat without adding oil in its own fat until Golden brown.
3
In the pan with fried goat meat, pour in the wine. Tightly cover the pan with a lid and leave to stew on medium heat.
4
Peel and finely chop the garlic, but do not use a garlic press. In a separate pan, heat the olive oil and fry the garlic. Roasted garlic add to the pan with the meat.
5
Wash and thoroughly clean from grains pepper. On a separate pan in hot olive oil fry sliced sweet pepper. Then add it too the meat.
6
Squeeze in the pan with the meat juice of one lemon.Keep the seeds from the lemon was not included in the dish. Salt. Make a strong fire and cook the meat for another five minutes.
7
Reduce heat to small and cook the dish until ready, that is, until, until evaporated by half the liquid.
8
In a separate pan, heat the olive oil and pour into the dish. In two minutes the meal is ready.
Note
For cooking use the meat of young goats, as with age their meat becomes tougher. Meat goats are generally not used because it is tasteless, tough and has an unpleasant smell. Before cooking kid is advised to soak it in water for 7-10 hours.
Useful advice
About defrosting it is better to think in advance. The ideal would be defrosting meat in the refrigerator. But to defrost meat in the microwave better not, since in this way the goat will lose many of their nutrients and taste.
Is the advice useful?
See also
Подписывайтесь на наш канал