How to make a door jamb

Door jambs are quite often called decks. To priebke decks usually are serious requirements. To make the door jamb need to prepare in advance thick logs. You also need to have some skills in the field of processing of wood materials. 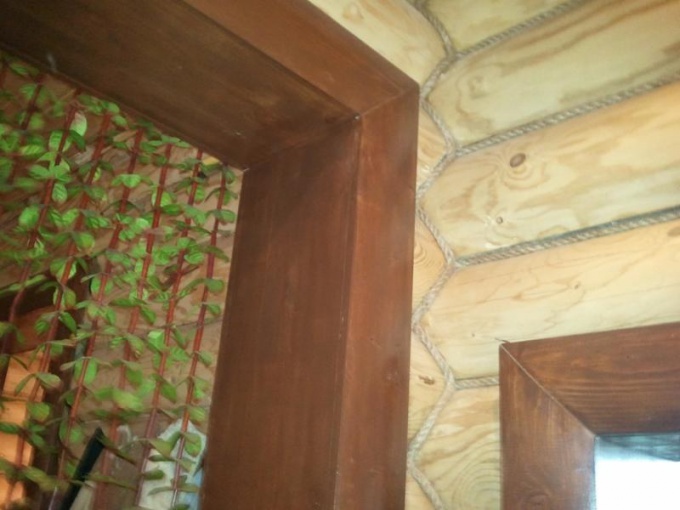 Related articles:
Instruction
1
The logs will spread out the wedges on two or four blocks. From the obtained scaffold is already possible to connect four-rope bars. They are the same with one hand make a groove for fastening to the studs of the wall. On the other hand, select the quarter in which you will install the door leaf.
2
The ends of the logs and cut down the thorns. Also they will adjust the size of the grooves in the door jambs. Note box attached to the wall studs. Another attachment no. Quite often this is installed in room wood door. They are very heavy. When fully open they will try to turn out of the deck. When tight closing is slacking. If poorly executed, the fit, the marriage will immediately begin to appear. There will be a loosening of the decks will start to fall out of moss and into the resulting cracks will be severely blow.
3
Next, go to install the box in the correct place. The width of the opening to make both sides of the door frame to the depth of the stud. The thickness of the deck depends entirely on the depth of the stud. Then select one of two options: first is made the door frame and it made cutting out the opening in the wall or first the cutting out of the opening, and it has chopped the box. If you already have some experience of these matters, feel free to chop the door "by eye".
4
With a plumb make marks on the wall a frame in the form of vertical lines. They will show the boundary of the opening under the door frame. Using a level, punch the upper and lower bounds. All lines are put on the wall. Then saw out the doorway on the markup.
5
If your doorway is wide, for the manufacture of decks use just sawed the short stacks of logs from the opening. Then arrange the selected logs with wedges on the scaffold. A profile of the received decks may not have a rectangular shape. It can be in the form of a trapezoid.
Is the advice useful?
Присоединяйтесь к нам
New advices