How to play dominoes

This ancient Chinese-Indian the game has become very popular in the 18th century. Then knuckles got the name "Domino" in honor of the fancy black-and-white costumes. Now there are several varieties of the game of dominoes. Consider the most popular Russian variety - "goat". 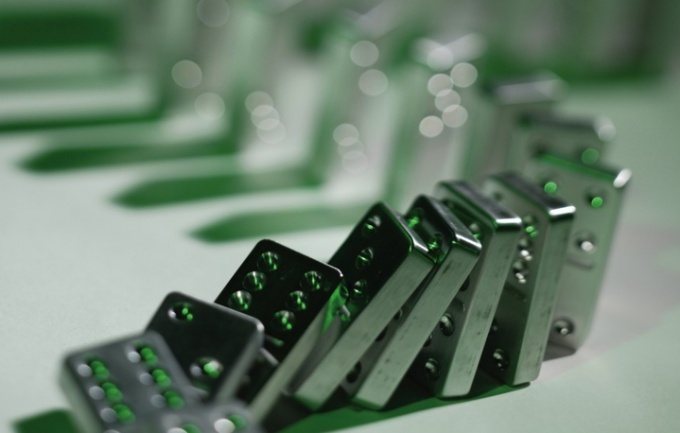 Related articles:
You will need
Instruction
1
All the dominoes tip over on the table points down and thoroughly mixed. Players then disassemble at random 5-7 knuckles. If you play four or three, then everyone gets 5 knuckles. If only two players, they take 7 pieces. The remaining stones form the so-called "market", they are set aside without opening.
2
Players see their stones. Starts the game, whoever has the highest double (the stones with the same numbers). In General, it is a stone 6-6, if this is in the hands of no one, then looking for 5-5, and so on. If there is a situation that no one takes, then go with the older stone with different numbers 6-5 or 6-4 and so on. So, the first walking puts the first chip on the table, move from it passes clockwise to the next player.
3
The next player must put available on the table stone one of their stones with the proviso that one half the same number of points as the already lying on the table. So the players lay out the stones on the table, attaching them to one or the other edge of the resulting line according to the principle of coincidence the number of points.
4
If anyone of the players there are two doubles, which can be used right and left from multiple stones on the table, these duplicates can be put in one move. Generally, the course is placed only one stone. If a player has no suitable stone, he goes "on the market", that is, takes at random a chip from a pile of extra stones. The player takes the stones in the row, until you will not catch any. All irrelevant to the placing of the stones remain in his arms.
5
Thus the game continues until one of the players lay out all your stones on the table or unless there is a "fish". "Fish" is a dead - end situation when all players have chips on hand, but no one of matching tiles for the table, and in the "market" chips is over.

Keep track of the number of certain chips on the table in time to make the fish. A number of points on the chips is found 7 times.
Is the advice useful?
See also
Подписывайтесь на наш канал