How to determine a person's nationality

Currently, the column "nationality" in the passport is not, although the certificate of birth and certificate of marriage this graph is present. Are there any other ways to determine a person's nationality, without recourse to official documents? 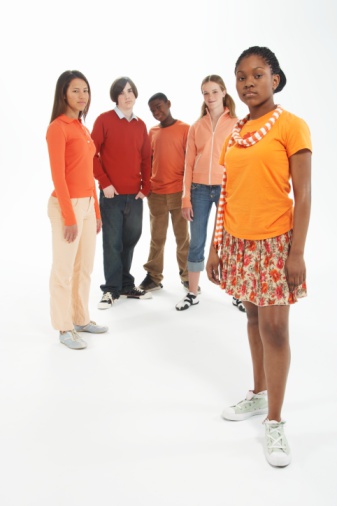 Related articles:
Instruction
1
In the West after the 2nd World war it is not customary to mention in relation to a person, the term "nationality". Instead, if you want to emphasize a person belonging to a particular ethnic group, and say "ethnicity". However, in Russia and other countries of the former Soviet concept of "nationality" remains.
2
Ask a person of your interest directly. Oddly enough, but many people are absolutely not ashamed of their ethnicity, and you can reply to this question without much suspicion against you.
3
Listen to his speech, even if he speaks Russian. So to distinguish the guttural speech of the representatives of the peoples of the Caucasus, from the broaching of the question of the Baltic States or from grairovna the French, do not need to have absolute hearing.
4
If you don't want (or – which is not surprising in the modern world – are afraid) to ask about it directly, try to determine the nationality you are interested in human "by eye". However thus it is difficult to accurately determine the nationality, particularly if you don't have enough experience or you do not know the characteristics of appearance (color of hair, color and eye shape, facial features, skull structure), not only a specific nationality, but at least each of the varieties of the existing races. After all, the Caucasians, Negroid, Mongoloid, Australoid are, in turn, by several types.
5
You can very roughly determine a person's nationality without even seeing it, and knowing only his name and surname. Although, for example, and here their possible discrepancies. So, if the name "Dubinin" (okazyvayutsya "-John") will be considered primordially Russian, the name "Dworkin" is Jewish (derived from the diminutive form of "Dvoira" - "Deborah"). The same can be said against the Belarusian, Polish and Jewish names ending in "-sky/tsky").
6
However, if you came across the name "Heydar Aliyev" or "Mukhametov", it is likely that their owners belong to the speakers of Turkic languages, and the names on the "-UK/UK", "-Ko" to the Belarusians and Ukrainians. Although the Belarusians are more prevalent already mentioned "-sky/tsky" or "HIV" (with certain assumptions in favor of other nationalities – Serbs to Jews). Therefore, sometimes it is necessary to pay attention to the first part of the name. So, Ivashkevich will almost certainly be a Belarusian, whereas Rabinovich is a Jew.
7
Pay attention to what tastes you are interested in the person on how he looks at the world and what his priorities are. In some cases this method can lead you to the correct answer, despite the fact that the culture of different peoples and is still closely connected with religion and tradition, which may adhere to people of different nationalities.
Is the advice useful?
See also
Присоединяйтесь к нам
New advices