How to draw the carriage

In the past century carriages used for transporting people, including over long distances. In modern life these vehicles are only used for decorating wedding ceremonies. 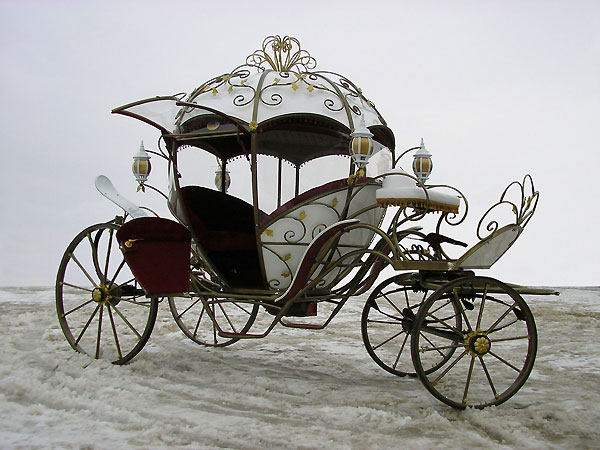 Related articles:
Instruction
1
Draw the body of the carriage. If your goal is to portray the crew, which was carrying people between cities, make the carriage sturdy, solid, so she was able to overcome a considerable distance. The walls should be thick enough, make the bottom flat. If you draw a fabulous coach, will render it light and airy. The bottom round, make the roof domed.
2
Draw the springs of the vehicle. They look like a curved line, attached to the bottom of the carriage. The curves on both sides of the body draw the wheels. Draw them in the spokes and attaching to the axle. If desired, the front wheels can be made smaller than the rear.
3
Draw on the body of the door and the window – they can be any shape. The Windows draw the blinds. If your coach is designed for summer walks, make it open, leave only the roof and low side walls connected by four arcs.
4
Draw a place for the coachman at the front of the carriage. It is high enough to control a horse (or fairy tale character) could see the space over the heads of the animals. Don't forget that the place of the coachman must conform to the General appearance of the carriage. Make pristupu for the pages at the back of the carriage.
5
Decorate the carriage. Draw on it monogram, ornament of curls. At the Windows hang lanterns. On the roof of the build out of a complex pattern, cast in metal, the boundary between it and the side walls also adorn the cast. Door draw handle.
6
Remember that carriage ride herself can not, therefore, draw the shafts leading from the carriage to harness horse, and the animals themselves. Make sure that the size of the horses matched the carriage, and the people who go. Typically, carriage, harness a pair or four horses. Decorate the harness of animals, draw blankets on their backs and sultans on their heads.
Is the advice useful?
Подписывайтесь на наш канал