How to check packet loss

Information in local and global networks transmitted portions, called packets. Due to the fact that in the procedure of forwarding packets in the Internet are involved, typically a few tens of intermediate nodes, there is a probability of packet loss information. To identify the quality of communication with a particular node in the network produce the procedure of counting packets lost during transmission from a specific computer to a specific web site. 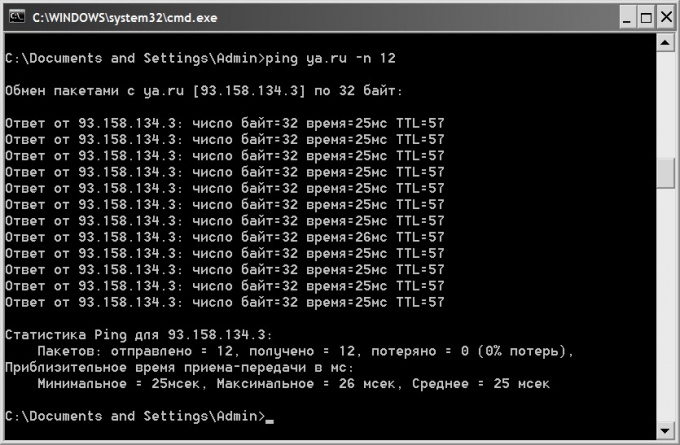 Related articles:
Instruction
1
Use is included with the standard programs of the operating system ping utility to determine the number of lost packets. It is specifically intended for testing the quality of network connections based on the TCP/IP Protocol. The utility will send test requests (ICMP Echo-Request) to the node that you specify, and will record the fact of receipt or non-response (ICMP Echo-Reply). For each query issued, the utility displays the time between sending and receiving a response.
2
Launch the terminal command line. For this we need to use the run dialog programs which is called by the Run command placed in the main menu on the "start" button, or by pressing shortcut keys win + r. In the dialog type cmd, and press Enter.
3
In command prompt type ping then space enter the domain name or ip address of the node, the quality of which you are interested in. Then press Enter and the utility will begin sending test packets, outputting line-by-line report for each received response. Upon completion of the process in the terminal window will display the number of packets sent and the loss rate and the average time between sending and receiving.
4
Use-n to specify the number of packets in a series, if the default value in the package you are not satisfied. This key must be added after ' ping node, separating it with a space, and after the key and also through the gap, you need to enter a numeric value. For example, to send 12 packets to node google.com enter the following command: ping google.com -n 12.
5
Type the command ping /? and press Enter if you want to get more detailed help on the additional parameters that you can use with this tool.
Is the advice useful?
See also
Подписывайтесь на наш канал