How to flush fuel system

Over time in the fuel system of the vehicle to accumulate deposits in injectors and other pipelines. The appearance of smoky exhaust, loss of power, you need to perform cleaning of the entire fuel system. 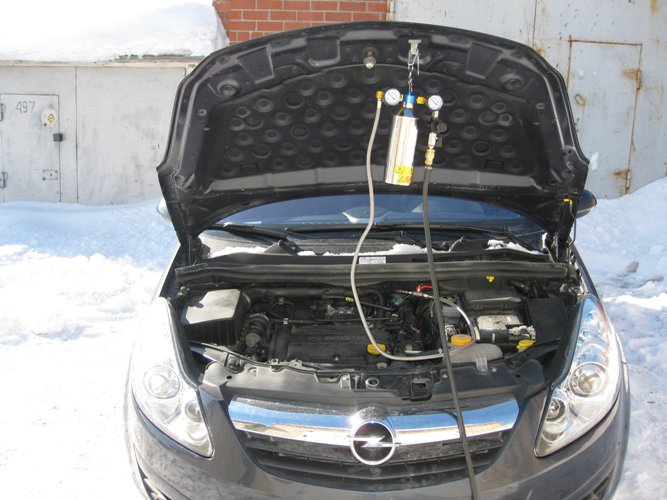 Related articles:
Instruction
1
Add in the gas tank cleaning additive refill which is required every 10 thousand kilometers. Remember that one container of such a tool is enough for 70 litres of fuel. This method has one big drawback: the tool is not cleans the thick growths, which are often close almost all of the flow area of the sprayer.
2
Purchase Wynns liquid for washing of injector. Disconnect the gas tank and fuel filter, then connect fuel highways special installation. Start the engine and let it run for half an hour. Simultaneously, turn the unit on, which is feeding the wash mixture in the fuel system of the car. This method allows you to clean not only the injectors but the valve, and combustion chamber.
3
If you have a special stand place the removed nozzle on it. Once done, rinse the engine under pressure. It also tests the operability of the valves of the injectors and measured the direction of the spray. Also flush the system first in the engine, and then removing the injectors on the bench. This operation allows to achieve maximum effectiveness, however, is quite time consuming and costly.
4
The most effective method is ultrasonic cleaning of the injectors. To accomplish remove the injector from the vehicle and place it in a special container in which they will be processed by the ultrasound. During this procedure a high risk of internal damage to the injectors, so has resorted to this kind of washing is only in extreme cases.
5
Remember, after flushing the fuel system think about the reasons that led to the contamination of injectors and diagnose them. Also try to fill the fuel tank a high-quality gasoline, because bad fuel is the main sign of the appearance of deposits.
Is the advice useful?
Подписывайтесь на наш канал