How to charge a agm battery

The so-called gel batteries, referred to as AGM or VRLA are lead and method of charging a little different from the usual liquid electrolyte. But they are maloobsuzhdaemyj. 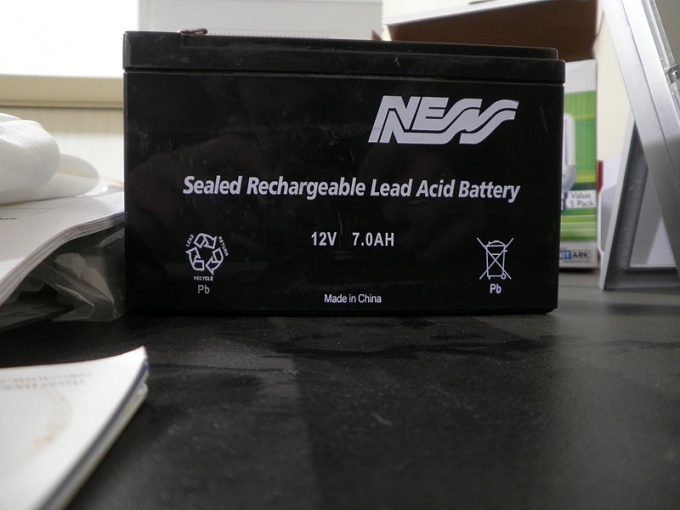 Related articles:
Instruction
1
Remember that gel lead accumulators require practically the same security measures when using, as usual. When charging they can release hydrogen, although the probability of this is small. So close to charging the battery (even if it is installed in, say, an uninterruptible power supply or a cash register) you can not smoke, use open flame, any source of sparks. In any case can not be dismantled AGM, to close their short. However, unlike conventional lead-acid batteries, they allow work in any position, not just vertical.
2
Because the capacity of gel battery is usually small, in any case, do not use for charging car chargers. They stabilize the charge current is too high.
3
The simplest method of charging the AGM battery is used as the charger of the UPS is designed for use battery with the same parameters as the one you are going to charge. Purchase a second-hand source, which is out of order its own battery. When de-energized and turned off the source, connect to it instead of the regular battery, the one that you want to charge with the correct polarity. Remember that in most such devices the charge circuit has a galvanic connection with the mains supply, so while charging do not touch any wires. The device itself will tell you when charging is complete.
4
When charging AGM battery from a source of constant current (not stable voltage!) use the same technique as for the conventional lead battery. First, keep the battery under a current equal to one tenth of its capacity, as long as the voltage on the pins is equal to 2.4 V in terms of one Bank (for example, if a six-pack - 14.4 V). Then reduce the current to one-twentieth of the capacity, and will hold him under the current two hours. If the capacity is expressed in milliampere hours of current after the conversion will be expressed in milliamperes, and if the capacity is expressed in ampere-hours amperes.
Note
Battery technology AGM (Absorbent Glass Mat). AGM batteries are made by new technology Absorbent Glass Mat, which is based upon the principle of nettechcity of the electrolyte. These batteries are efficient, vibration resistant, increasing cycles of charge/discharge and easy to install.
Useful advice
The AGM batteries. Bosch HighTec. Over the past ten years consumption of electricity in the car has increased significantly. AGM batteries have already confirmed their cyclic stability in the conditions of the original equipment: they can withstand up to 300 charge-discharge cycles, or three times more than conventional starter batteries.
Is the advice useful?
See also
Подписывайтесь на наш канал