The drug problem is acute for a long time not only in our country but also abroad. Each of us draws attention to the problem of drug addiction, but most often we don't think it can affect our friends, relatives. 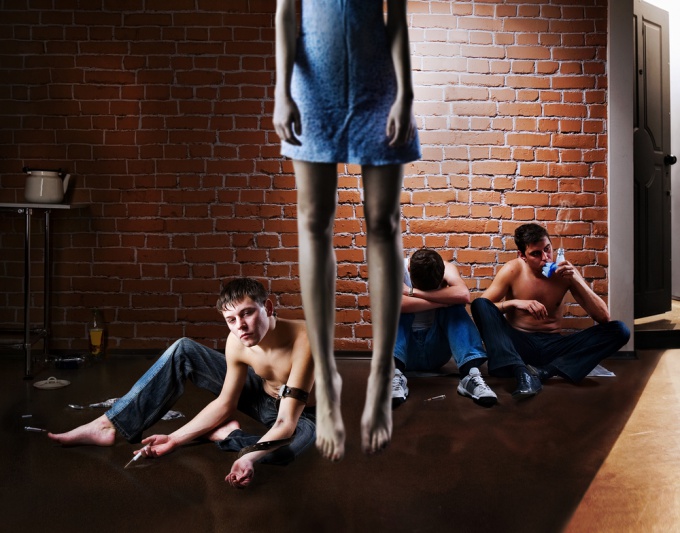 To get to know the addict, you need to know the number of grounds on which he can expose himself. A number of signs can be applied to other human problems, such as insufficient sleep, bad love (important for teenagers) and many more. Signs of a budding addict or junkie can be divided into 2 categories: appearance and behavior. So, behavior. If you notice that you are suffering from sudden and frequent changes in mood regardless of the situation or the irritating factor is not always considered a sign of drug use. Often, this is due to some problems in accuracy by a small amount of sleep and rest.

To note nervousness or, on the contrary, too little activity. Illicit drug use, can sometimes be that way. But still, pay attention to how spent the day. Excessive vigor can be a good mood, lethargy and fatigue. If you have a specific reason for changing emotional state, then you can safely raise the alarm.

Often, people take drugs is very secretive, stealth can come on slowly. This may be due to age-related changes, and the desire to solve their problems. This can be attributed to neglected Hobbies that previously, people spent a lot of time, and now he is not interested in that.

If you notice that your friend has to spend a lot of money or trying to take them from you very often, and from his house one after the other lost valuables, it may be due to the fact that in conjunction with other signs of people can buy illegal drugs.

The obvious signs may include increased aggressiveness, suspicious, new friends, problems at work, increased interest in the pharmacology, if he was not observed before.

As for the exterior, to find out whether people drugs help his pupils, the size of which can vary, as well as impaired coordination, slow or "choking" speech, loss of appetite and of course the needle marks.

If you suspect a close person suggest to buy a drug test at the pharmacy (the average price of 250 rubles) and if this test shows a positive result, the next step is blood testing to identify drugs in specialized laboratories.