How to put checkmate

Checkmate – a position in chess in which one player won the match. That's what both teams are trying to achieve. In order to achieve checkmate, you need to put opponent's king in a position where he can't go to either one cell, is not to be compromised. So, what you need to take action to achieve this goal? 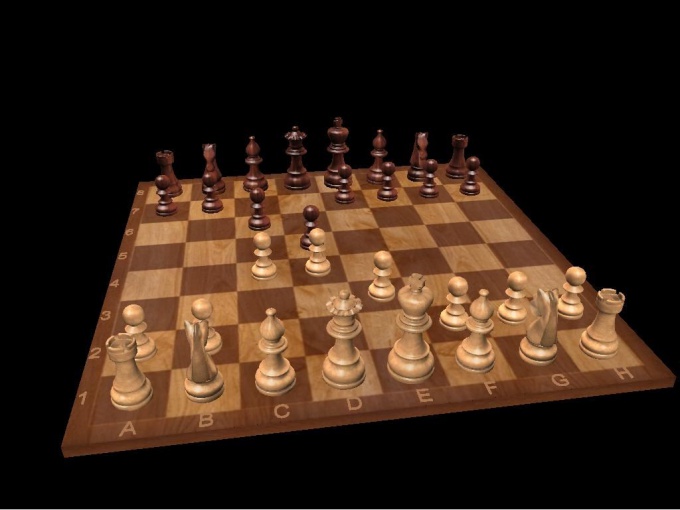 Related articles:
You will need
Instruction
1
Try to play the white pieces at once. In traditional chess rules stipulated that the player with the white pieces needs to start the game, and if that player is you, you are more likely to put his opponent in checkmate. If you are forced to play black (at tournaments basically require players to flip a coin before the match, the prestige side), you still start the movement to victory. Although sometimes it happens that the enemy gets wise to your plan and will not implement it.
2
Go to your pawn from E-2 (fourth from the left; on the chessboard letters are used horizontally and numbers vertically) in a strategic position-i.e. two squares forward (E-4). If you're lucky, your opponent will counter your pawn by transferring the position to attack your pawn. Or he can leave the position to attacked you. Or he can cut down or give up his pawn. In any case, if he moves the pawn from F-7 to F-5, just put the checkmate.
3
Take your Queen and move it to open space on the diagonal F-3. If luck is on your side, the enemy reacts by moving another pawn into place to protect your Queen by attacking diagonally. If the pawn is going the other way on G-5, it is possible to fix checkmate, as soon as the opponent takes his hand away from the figure. In this case, the course will be considered valid in accordance with the rules of the tournament.
4
Move Queen forward on a diagonal into 3 cells, putting it on N-5. This position will be a real threat to the opponent's king. Since the beginning of the game the king is almost completely surrounded by other black chess pieces and can only move deeper in the direction of the Queen, in this case also fixed a checkmate. You won the fight!
Note
Pay great importance to the enemy's weak points when it opens lines to the king. Lightning use this for the benefit of themselves.
Useful advice
It is not always possible to quickly under this scheme to deliver checkmate, so practice with players of a higher level as often as possible.
Is the advice useful?
See also
Подписывайтесь на наш канал