How to make voice rough

Low and sometimes rough male voice, oddly enough, not only attracts women, but generally pleasing to any source, as a low tone is perceived in the conversation much better. In addition, some musicians in the genre are supposed to have a low voice. However, lowering the tone is still possible. 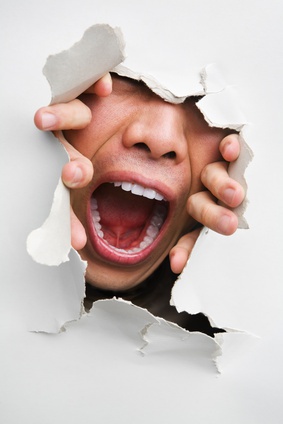 Related articles:
Instruction
1
There are exercises that can lower a voice in their systematic repetition. For example, pull the vocal cords is the letter "a" in his normal voice for ten minutes. The next day, pull the same vowel, but a tone lower. Try to pull long and evenly, keeping the original voice tone.
2
The second exercise is like the previous one. Standing or sitting, the maximum move your chin to your chest and say "zzzzzztt", that is buzz. If you raise your head, the timbre of your voice will increase when lowering again becomes low. This is because your vocal cords at this moment tense, and you have to train until then, until they become relaxed.
3
The next way is to remove all of your voice notes picklefest requires surgery. Under local anesthesia the surgeon will make a incision on the lower part of laryngeal cartilage, and checking your voice will change its tone to the desired.
4
Breathing exclusively through the nose leads to a coarsening of the vocal cords much faster than breathing through the mouth. So as often as possible, do breathing exercises, Cycling is the nose, or just try not to breathe with your mouth.
5
Male hormones will greatly lower your voice, and this method even extends to women. But the method itself can lead to unpredictable hormonal disorders that you will be able to eliminate only with the help of an endocrinologist and long-term therapy.
6
Voice coach and singing lessons, would be able to lower your voice to the desired tone, but will also install, learn to operate it. Sign up for guttural singing, which, among other things, expand the sound range of your voice.
7
And remember that common methods such as Smoking and alcohol consumption and even contribute to the deepening of your voice, but in General significantly reduce its capabilities and bring huge damage to your health.
Is the advice useful?
See also
Подписывайтесь на наш канал