Antifreeze – the General name for liquids freezing at low temperatures. Including designed for cooling automobile engines. Antifreeze brand of antifreeze that was developed during the Soviet era. Given that the brand "Antifreeze" was not patented by any copyright, many domestic manufacturers call their low-temperature cooling liquid antifreeze. 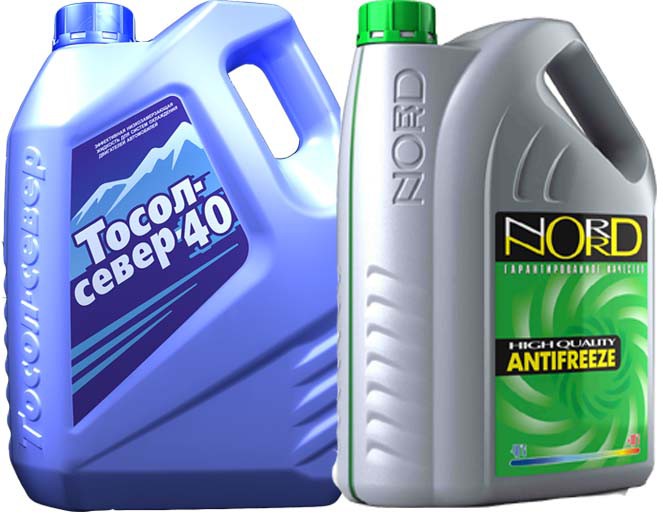 Related articles:
Instruction
1
Currently, the coolant may be referred to as antifreeze only, provided THAT 6-56-95-96. From antifreeze composition cooling liquids differ in the additive packages. This means that their quality, applicability for different motors and lifetime are not the same.
2
It is widely believed that the antifreeze is applicable on domestic engines, and antifreeze in the engines of cars. Following this view, many domestic manufacturers of coolants began to call their products anti-freeze. Thus, as it were hinting at the possibility of their products are used in the engines of foreign cars. Remember: only one indicator should be considered when choosing between Tosol and antifreeze is the approval of this brand coolant from the factory. To find out it can in the service book on the car or on the manufacturer's website online.
3
Despite the advice of many motorists to distinguish between antifreeze from the antifreeze color is impossible. And antifreeze, and antifreeze are initially colorless. Each manufacturer is free to add any dye which will fit. For example, some domestic enterprises can produce the same brand of antifreeze or antifreeze with different colors.
4
Often the brochures to the antifreeze or antifreeze domestic producer indicated its applicability to engines of many cars. In fact, this may well be a hoax. For example, antifreeze cars BMW Opel various in its composition and properties. No brand coolant cannot simultaneously be suitable for these engines.
5
The rate of spanelement antifreeze or antifreeze is not associated with the car and with the car. So for domestic toolow indicator of spanelement much lower than for the import of antifreeze. In fact this indicator is important for the manufacturer and associated with a specific type of production.
6
Many imported coolants do not meet domestic standards. This does not mean that they are of poor quality. The fact is that GOST is designed for traditional coolants, and according to experts is outdated and incomplete. Therefore, if the manufacturer requires the use of the car brand of the coolant does not correspond to GOST, this does not mean that it has low quality and can not be used.
7
Mixing different brands toolow and antifreeze is not recommended. Included in their composition additives can react with each other and cause damage to engine parts. If there is a need to change the coolant, change it all completely. Pre-flush the cooling system with distilled or boiled water. And stock up on some antifreeze of the same brand in case the topping. In extreme cases, add distilled water.
8
To distinguish the quality of the antifreeze or antifreeze by quality certificate from the seller, on the quality of performance of canisters and tubes, the presence of degrees of protection against counterfeiting. In addition, antifreeze or antifreeze should not have turbidity or sediment by shaking the foam should settle within three seconds. Be sure to check the requirements of GOST, TU or standards of foreign manufacturers, the coordinates of the manufacturer, production date and shelf life.
Is the advice useful?
See also
Подписывайтесь на наш канал