How to write an application to the labour Inspectorate

Almost everyone knows that the worker is less protected than the employer. Who among us has not heard from officials that essential we not? The employer often really easy to find a new employee than employee a new job with a good salary and team. And even if workers ' rights are outright violated, rebuff employers do not get. The claims and demands of workers are ignored to protect the rights in court is expensive. It remains to write a letter to the labour Inspectorate. 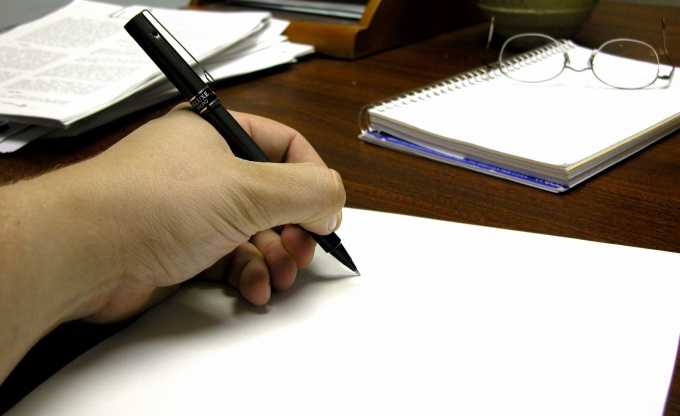 Related articles:
You will need
Instruction
1
In which cases should be referred to the labour Inspectorate? If you think that the employer has violated your rights, look through the labour code or consult with an attorney (consultations are usually free). It often happens that the employer has in the employment violates the law, for example, does not conclude with the employee an employment contract, or does fixed-term contract with an open date. Or signing an agreement to work on a single post, you will be surprised to discover that you have free to do the work "for myself and for that guy". It also happens that you laid on the money contract, the employer decides not to pay, for example, in case of dismissal. Or working place and working conditions are not just far from ideal, and very far. Another common violation is unpaid overtime. Or work without a break beyond the legal time. And, of course, unfair dismissal, e.g. pregnant women. This list of labor law violations by employers are not limited, and if your rights are infringed, please write a statement to the labour Inspectorate in order to protect them.
2
The labour Inspectorate is in almost every city in order to monitor compliance with labour legislation. You need to learn in any available directory address and phone number of your labor. Riding up or call back, you can get contact details of the inspector who oversees your organization.
3
Now you need to formulate a complaint to the labour Inspectorate. It should reflect the essence of your complaints and suggestions to resolve the violation. To the complaint to provide documents confirming that the employer violates your rights. However, if such documents you have, for example, due to the fact that their employer simply do not give, do not worry. Violations will be identified during the inspection.
4
Statement to the labour Inspectorate must be executed properly. In the upper right corner, write the name of the institution (labour Inspectorate), position, name and initials of the addressee, slightly below your last name and the full name and address and contact telephone number. The text should write the name and address of the organization that violated your rights, and contact numbers, names and surnames of the Director General and chief accountant, as well as, after indentation, to Express the essence of the complaint and the list of attached documents. The bottom of the page, you should keep the signature and decryption.
5
Making a complaint to the labour Inspectorate, you can take it directly to the inspection or send a registered letter (with obligatory notification) in the mail. In the first case, don't forget to obtain the signature of the accepting person to copy your complaint, and the second – keep the receipt and notification.
6
The labour Inspectorate within one month must respond to your complaint and to conduct an audit of the organization that violated your rights. If we are talking about dismissal, the complaint will be reviewed faster, within 10 days. By results of check will be drawn up and the order under which the employer within the specified period will have to eliminate violations, and to provide a report to the labour Inspectorate.
Note
If the reason of your appeal to the labour Inspectorate did not become unfair dismissal, and you continue to work in organizations that are not planning to leave it in the near future, please specify in the complaint that you don't want to advertise that you initiated a check. However, their data indicate it is necessary, because the anonymous letters by the labour Inspectorate are not considered.
Useful advice
Typically, samples of the correct spelling of the complaints can be found in a prominent place directly at the reception of the labour Inspectorate.
Is the advice useful?
See also
Присоединяйтесь к нам
New advices