How to zoom out camera in Warcraft

For experienced players in an RTS one of the important parameters is the viewing angle. Of course, the beginners love to bring the "camera"to consider the field of battle, but with time comes the understanding that the more objects placed in the frame, the easier it is to control them. The problem is particularly serious in the series of Warcraft, after all, there is the ability to notice the change of scenery can turn the tide of the entire game. 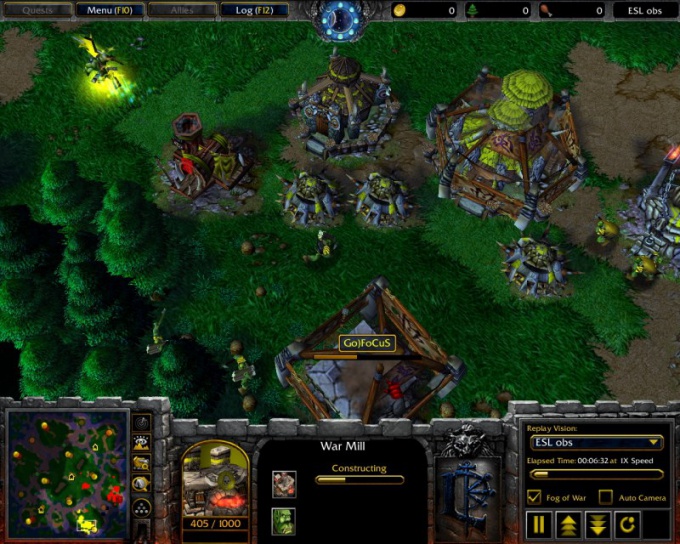 Related articles:
You will need
Instruction
1
Increase the distance using built-in capabilities. This can be done from the settings menu. Press F10, then in the menu that appears, select "Settings" - "Interface." Move the slider that changes the Camera parameters, the most right. Change the resolution to the maximum proposed. This will distort the image (if the aspect ratio of the resolution do not match the characteristics of the monitor), however, significantly increase the number of objects on the screen.
2
Use CamHack. This is a patch that is installed on Warcraft 3 in order to freely change the distance to infinity. Download the archive with the files and unzip them into the root directory of the game. But beware: the extended review gives you a significant advantage over other players, and therefore it is a cheat. Not all administrators of Warcraft servers allow the use of software of this kind.
3
In some versions mode observer. It can be activated only in a condition of "spectator", i.e. not taking part in the game. However, it allows, without installing mods to expand the review. For example, in the modification DotA this function is activated by team –zm scored in the menu.
4
In order to increase visibility in World of Warcraft, you can use the menu "Settings" (in the first paragraph). In addition, to increase the distance you can use console command: /console CameraDistanceMaxFactor 3.4 and /console CameraDistanceMax 50. The first is responsible for the multiplier to the movement of the mouse wheel, the second - for maximum distance. Values of 3.4 and 50 teams can be changed. But, as practice shows, they are optimal.
5
In WoW there is a spell "Remove camera". It does not increase the distance from player – overview is transferred to the nearest "Gun contamination" within a radius of 50.000 feet. To skill can be a planned development of the school of magic "Dark".
Is the advice useful?
See also
Присоединяйтесь к нам
New advices