How to put photo in photo

Universal program Adobe Photoshop allows you to generate thousands of manipulations with any type of photos, pictures and rusunami. If you need to connect together two pictures and you don't know how this could be possible, Photoshop and exciting ways to edit your images with ease to help you cope with this task. 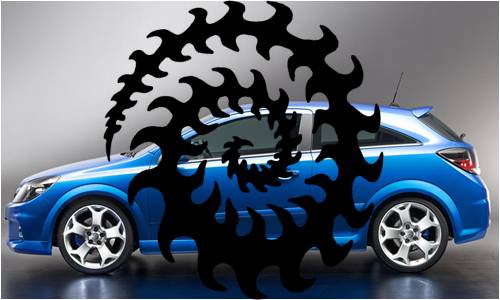 Related articles:
You will need
Instruction
1
Open in Photoshop a new version of the two images you want to combine. Using the cursor and mouse move one photo to another, so they were in the same set of layers. If the photos were of the same size, and you want one of them occupy only a specific place on the second, try the command Free Transform. With the Shift key held down while preserving the aspect ratio, reduce the image to the desired format, until it becomes such what should be on the lower image.

If you want to further adjust the location of the second pattern on the ground, move it manually. Press Enter.
2
Right click on the layer with the reduced photo and press Add Layer Mask (add layer mask). Click on the toolbar brush (Brush Tool) and select in the palette of black as the main color. This brush in mask mode layer start to paint over a thumbnail, you will see how it gradually starts to fade, opening the main previous photo. Don't paint the whole picture completely, and only those areas which are unnecessary to the visible remained only the fragment that should be combined with the original big picture. Modify the boundaries between images with a soft brush with a small diameter – it will give the picture realism.
3
If you do not like the finished drawing, select the move tool and move one photo to another as you want. Will move the entire layer, including your newly created mask.

To get the job done, merge the layers (Merge Down) and Scuderia image, and then add a small color correction and adjustment of the levels, if necessary, and if you want to add some color effect to the finished work.
Note
how to superimpose one photo to another in photoshop online? So we put one photo to another to make it transparent click in the layers window on the settings button of the layer(as shown under figure 1), a slider appears, which controls the transparency. That's it, now You know how to superimpose one photo on another, and how to make a photo transparent in photoshop online.
Useful advice
And always ask a pretty simple and basic. One of the most popular questions is "How to put photos in the photo?". video tutorial graphics design for beginners the add-on brushes for GIMP collage curves logo news photo plugins retouching drawing download scripts styling tuning filters photo montage photoshop color correction effects text.
Is the advice useful?
See also
Подписывайтесь на наш канал