How to obtain court records

The Protocol is conducted at each hearing in the courts of first instance and shall be compiled for each separate procedural action. In the Protocol recorded information on the hearing (orders of the presiding judge, the testimony of witnesses, the content of judicial debate and so on). Responsible for the content of the Protocol of judicial meeting are the Chairman and Secretary of the judicial session. To receive the minutes of the court session there is a certain procedure. 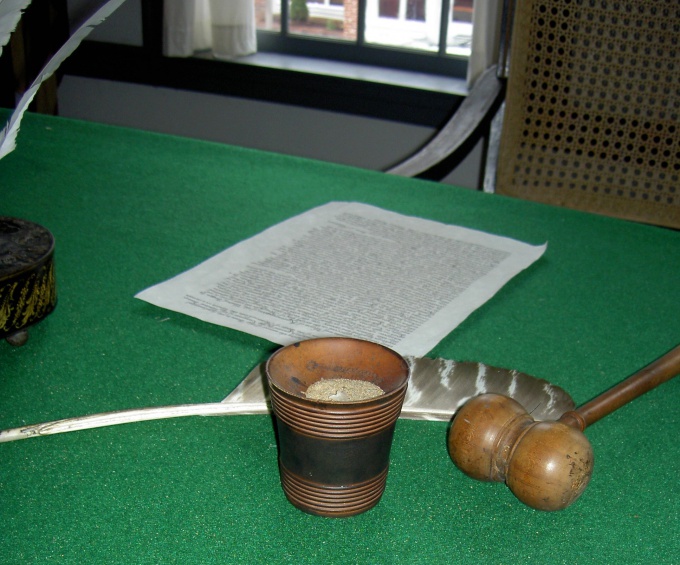 Related articles:
Instruction
1
Although the legislator does not provide a specific article regarding the issuing copies of the minutes of the court meeting, article 35 of the Civil procedure code of the Russian Federation gives the right to persons involved in the case, to get acquainted with the case materials and take copies of them. Protocol of court session apply to the case.
2
In paragraph 3 article 230 of the RF CPC stipulates that the time for manufacturing of the Protocol in its final form is three days, and the record of separate legal proceedings drawn up and signed not later than the next day after performing this action. Until such time as the Protocol is not made and signed, you may deny issuance of a copy of it, as the document simply does not exist.
3
According to article 231 of the GPK of the Russian Federation with a ready-made Protocol can be found within five days from the moment of signing and to submit comments in writing, if it were the inaccuracies, or the text is not complete.
4
To obtain a copy of the minutes of the court meeting must in writing apply to the judge in whose production there is a business, the application for issuing copies of the Protocol of the court session. In order for the court employees has produced and given a copy of the Protocol of the court session, the judge leading the case, imposes on the visa application about his satisfaction.
5
Some copies of documents made by the court, is issued free of charge. Ask the employees of the court the cost of a copy of a single page and pay the state fee based on the number of pages of the Protocol of the court session. A receipt should attach to your application.
Note
The persons participating in business, can remove copies and photocopies of case materials independently with the appropriate (own) equipment. In this case, to pay a state fee is not necessary.
Useful advice
In order to avoid having to search each time the branch of the Bank for the payment of the state fee for copies of certain documents, it is better to pay a small amount (20-50 roubles) and to ensure that the receipt filed in the case file. As long as the amount is not "wasted" completely, you can refer to this receipt in cases where you want copies of the case materials.
Is the advice useful?
See also
Присоединяйтесь к нам
New advices