How to draw a beaver

The beaver is a mammal of the rodent family, found in Europe and North America. This animal has a very recognizable appearance and often becomes a character in children's books and cartoons. The upper pair of long teeth protruding as if from under his nose, gives his face the comic. Wide flat tail to paddle and webbed feet is also characteristic elements of his appearance. The beaver has a fairly simple rounded body and thick, shiny fur. Due to its semi-aquatic lifestyle of the beaver is often portrayed floating in the water or building on the river hut. 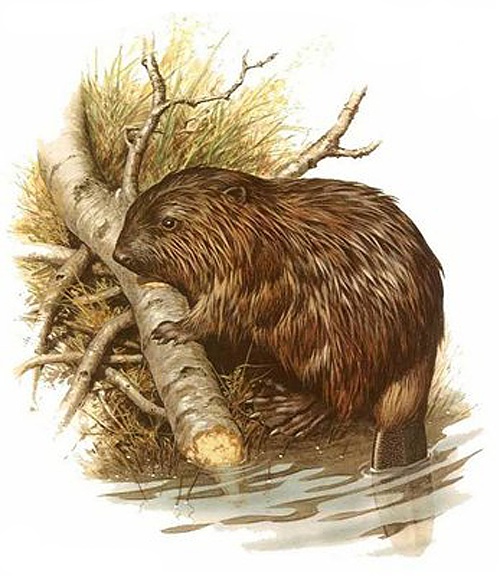 Related articles:
You will need
Instruction
1
For the image of the beaver is well suited to a sheet of paper square format. To facilitate the drawing process, you should divide the figure of a beaver into multiple components.
2
Start drawing with the image of three intersecting circles, placed diagonally. The top is slightly less than the other two – the head of the beaver. The average circumference of the chest region and the lower rear part of the animal.
3
On the head note the little circles lugs beaver, ellipse and more – its flat nose. In the area of middle circle draw the shoulder blade and two small legs, folded together at chest level. In the lower part of the torso place the two long ellipse (base legs) that "pose" the figure of the beaver on the plane.
4
Connect smooth curves additional shapes, combining them into larger ones. Draw a rounded back, a beaver, a fat belly, connect the shoulder blade with the hands feet. Back pririsuyte vertically elongated ellipse and connect it to the bottom around the foundations of the torso – you get the tail of the beaver.
5
Under the nose draw a wavy line cheeks beaver. Beneath them in the center, place an inverted trapezoid and divide it by the dash in half – famous teeth of the beaver are ready.
6
More accurately draw the line of the ears, highlight their inner part, divide the top and bottom pads on the toes. On the face, about halfway between the nose and the ears, draw the small round eyes of a rodent.
7
Remove construction lines with the eraser tool. Add texture to the tail, its surface is covered with Horny plates, has a scaly pattern that is easy to pass the mesh shading.
8
Paint beaver colored pencils or wax crayons. Stroke in form the whole body of a beaver, giving it volume. For wool, use shades of brown, and the tail, nose and eyes – dark grey and black. Give hair Shine with highlights and wyswietlanych parcel of wool.
Is the advice useful?
Подписывайтесь на наш канал