How to make a Protocol of the meeting

Protocol of the meeting is a document, which contains a phased record of discussion and what decisions were taken. The document is drawn up over the next three days after the meeting. The basic rules for the execution of the Protocol following. 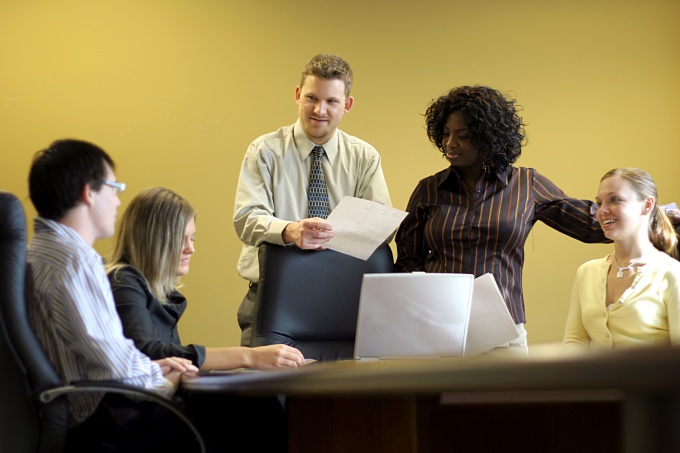 Related articles:
Instruction
1
The document is issued on the basis of rough handwritten notes, audio recordings or transcripts, which the Secretary maintains the meeting as well as materials prepared specifically for meetings, presentations, projects, decisions, agenda and lists of attendees.
2
On the first line of Protocol is written the official name of the business or organization. The second – in capital letters the document PROTOCOL. Below – date of meeting (not the date of booking records), the number assigned during registration and the place of writing. Further, in the lower left corner in capital letters is the record of the meeting. Do not forget to align in the genitive case with the word "Protocol". For example, "meeting of the heads of departments".
3
In the introductory part of the document shall include the following information: name of the Chairman and Secretary, the number of participants and specially invited people, the agenda of the meeting. The names of the members of the collegial body or persons having the right to vote, are written strictly alphabetically. When specifying the total number present, without naming names in the Protocol, note on the registration list is required ("list attached"). The list must be annexed to the Protocol. Last recorded numerical listing of issues discussed at the meeting showing the names of speakers and presenters.
4
The main part of this document consists of three structural parts, the number of issues on the agenda. Each part is based on the scheme: "listened" or "was", "decided", "decided" or "resolved". Provides a meeting and discussion on each item of the agenda. In "made" is sometimes written questions and answers. For example:
"Question: If the decision on reorganisation of a company, whether laid-off employees?
Answer: No" (the names do not need to specify)
In the category of "resolved" are recorded and the results of the vote. Either "Unanimous" or "for" - 10, "against" - 4, "abstained" - 3. The text of the decision is recorded in the form of the imperative, must indicate the period of performance and performer.
5
At the end of the designed Protocol shall be signed by the Chairman and Secretary.
Is the advice useful?
See also
Присоединяйтесь к нам
New advices