How to sew a sash

If you are going to sew a costume for yourself or child, it is possible that you will have to sew the sash. Sash is a belt, which is present in the national costumes of many Nations and in typical images of different characters. Recall, for example, red sashes Cossacks or wide belt for kimono Japanese. 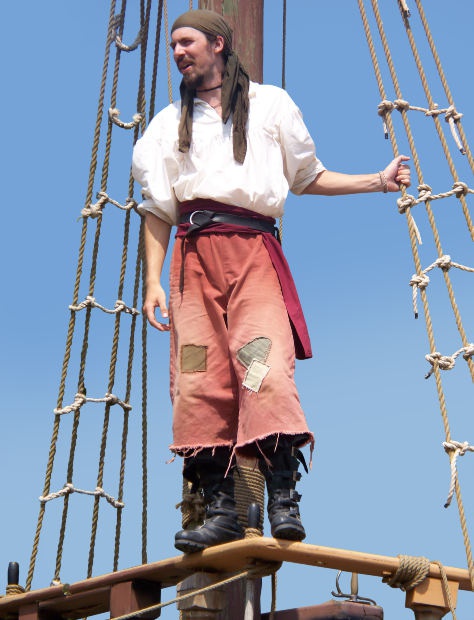 Related articles:
You will need
Instruction
1
Kushakov there is a great variety. For example, in Russian folk costume is used of the scarlet sash, the free ends of which descend on the thigh. A pirate sash can be cut to any matter red, black or plain old scarf. Santa Claus sash white or red, can be trimmed with faux fur. Depending on what costume you plan to make a sash, you'll have to sew a certain. They all have the following – sashes wide enough and long, and they are all designed to support trousers, pants or skirts and smell shirts or dresses.
2
Now, to sew the sash, first make a sketch on paper. Mark on the sketch the details that you would like to decorate the belt.
3
Next, take an inch and make the necessary measurements: the width of the sash and its length. To determine the width, attach the centimeter vertically to the belt of the person you are sewing the sash. To measure the length, wrap the tape measure around the waist twice and add extra length to the node and drop down the ends of the sash.
4
Now you can cut out the fabric. As the sash are sewn simply, you can not create a paper pattern and just move the fabric with the wrong side of these length and width and mark them with chalk. On the ruler to gently draw a line, add seam by 1cm and bold cut out detail.
5
Fold the resulting rectangle in the middle in the length of the face inward. On the machine or by hand sew the edge, leaving a small gap in order to remove the sash. After you do this, sew the gap of the seam. Try on the sash.
6
If the dimensions were correct, and appearance of the sash you want, it progladte iron, good processing in this region.
7
Complete sash with fringe or embroidery if required.
Note
The sash is not only a historical or fantasy piece of clothing. Many modern designers are putting the images of the sashes or wide belts, thus dictating the fashion for them. Today sashes are worn with pants, skirts, blouses, tunics and even coats. A chic sash lends a tuxedo.
Is the advice useful?
See also
Подписывайтесь на наш канал