How to replace the gasket in the fridge

If you noticed on the inner walls of your refrigerator hard the ice freezes, it can be an indication that damaged the seal device. Sealers come in several types, they can be mounted inside the refrigerator in different ways: by adhesive bonding, screws, and the screws or installed in a special groove. In any case, you can try to replace a worn gasket on the new their hands. 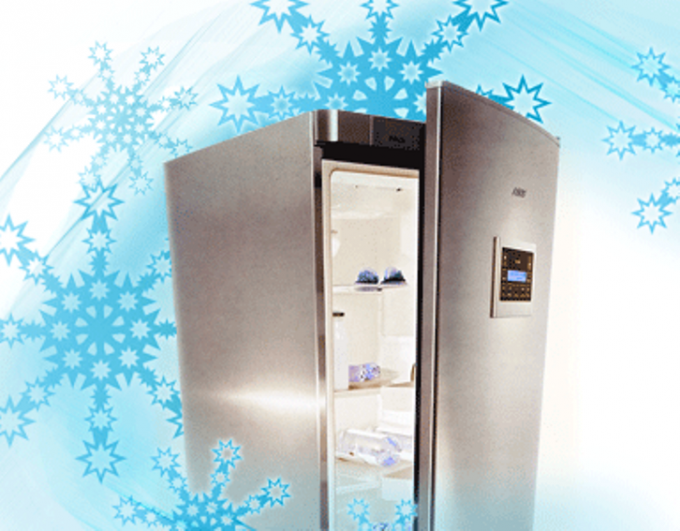 Related articles:
You will need
Instruction
1
Remove the refrigerator door, put it horizontally and carefully cut the old gasket in places where it is joined with the base of the door.
2
Around the perimeter of the door, remove the old seal. To do this, slightly lift the weatherstrip and gently pull out of the groove. When working, use a spatula and be careful not to damage the refrigerator door.
3
Separate the inner part from the door zapisyvala. This is done in order to have space for the new gasket. The depth of the socket should correspond to the thickness of the new profile. To facilitate the work of lift the angle of the inside of the door and hold it with your thumb.
4
Continue to cut the sealer all the way round the perimeter of the inside of the door to a depth of about 6 mm.
5
After finishing the operation for the removal of the seal, insert a tweezers and pull the old seal out, until you see the outer edge of an empty groove.
6
If you of all time done correctly, can pull the gasket over its entire length. If the seal during operation or when removing corrupted, repeat the entire procedure starting from the other end of the door.
7
Finally removing the used seal and freeing the necessary space above the groove, lock in its place a new seal with a solid spike. If this operation causes you difficulty, additionally remove the remains of zapisyvala out of the gap between the outer and inner parts of the door.
8
If the refrigerator is not new, and it fails to find a matching gasket, try to adjust the size of the one you have. The main thing that he was little more than the required size. Cut out the gasket in one piece with vertical and horizontal parts and mate the parts to each other. Joints promazhte glue "Moment" glue or plaster.
Note
Replace the rubber seal of the fridge. Rubber sealing of the fridge sometimes breaks, leading to loss of efficiency of the apparatus. It cools, and the effect is not the same. In order to avoid this, it is necessary to replace. In place of the old rubbers set new. Rubber seal for refrigerator made by companies that are engaged in producing refrigeration equipment.
Useful advice
Rubber seal for refrigerator door is the seal. Do not confuse these terms. Although the sealer sounds like something Pomarine, but it's nothing more than a common elastic band. You can buy in a regular store, home appliances, and is inexpensive that you can replace yourself, but carefully. Replacement of gasket of the refrigerator should be in the off state of the apparatus. With a knife gently peel the rubber from the bottom and go up.
Is the advice useful?
See also
Подписывайтесь на наш канал