How to dress in Moscow

Now buy trendy quality items not a problem even for deep province. In any major city there are several shopping malls, which are more expensive than in the capital, but you can pick out clothes. What distinguishes Muscovites, as they dress in Moscow and what you might notice differences between them and those who came from the provinces? 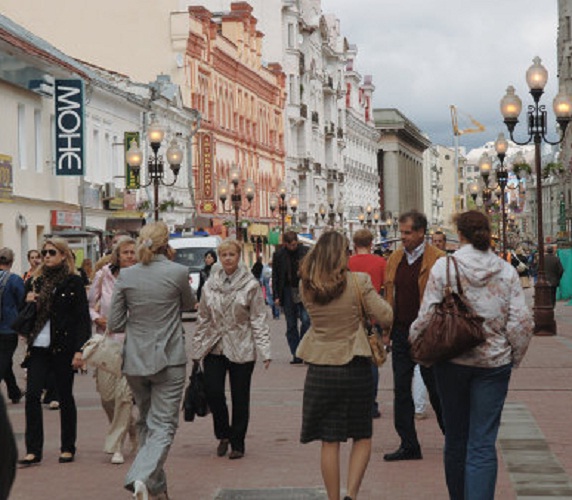 Related articles:
Instruction
1
Today on the streets of Moscow you will meet more visitors than natives, especially since some of these moves on the streets of the capital on the machines. Therefore, to get an idea about the Moscow style of dress, watching the street crowd, is difficult. A man who grew up in the province and has lived in Moscow for decades, can keep its original provincial style, which is commonplace for him.
2
Born and raised in the capital people have a feeling that it's at home, so the usual people who are not associated with show-biznesum and whose profession does not belong to the creative, prefer expensive, but practical clothing that would not have been the brand too, because even in Moscow the air is very polluted. White coat after two or three trips around the city already turns grey. Status clothing practical colors and colors and can be worn longer and sits better.
3
The specifics of the major cities has an impact on street fashion. Even those who work in offices where the dress code requires high heels in the street prefer to wear shoes with a low heel or none at all. In addition, in winter the streets strew a reagent, which during the month can ruin any shoes, so boots with heels for 15 thousand few dresses in this season.
4
Alien to the ordinary Muscovites and lurex with rhinestones, which is so like to wear South provincial girl who arrived in the capital. Summer, of course, the streets become colorful from the bright hues of summer outfits, but Muscovites here can be distinguished by a well-groomed appearance, stylish and original clothes made of natural fabrics.
5
In any case, if you have the taste and sense of style, ability to dress according to the situation, you can be taken for a local resident in Moscow, and in Paris.
Is the advice useful?
Присоединяйтесь к нам
New advices