How to draw music notes

The phrase "draw notes" is consistent with the artistic beauty of the musical language, but not their functionality. Like all music, notes write. Their record is complex and depends, in particular, the instrument for which they are intended. 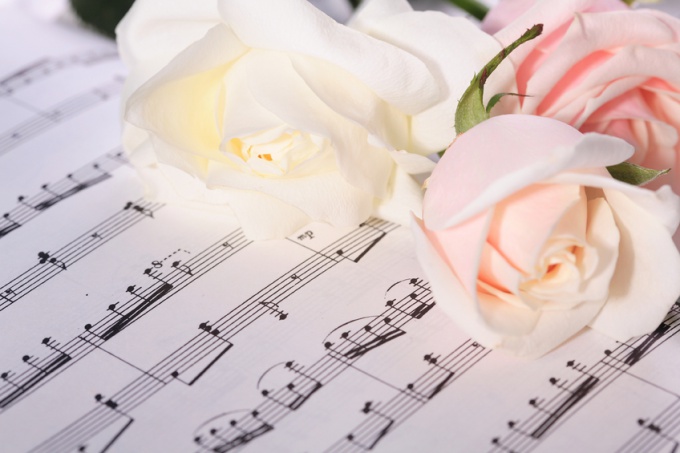 Related articles:
Instruction
1
The note is written in relation to music I will and key, standing on it. In other words, before you can draw or write notes, write key.Treble clef start writing from the point on the second bottom line. Mark it with a pencil and a stop arm. Then draw a curved line to the middle line and go down to the first. Rise again, tap the second from the top line. Until you get a spiral.Cross the second from the top line of the curved line to the right and walk to a point approximately 3-5 mm above the mill. Now draw a straight line to the same point from the bottom of the stave and make a small rounding. Treble ready.
2
Bass clef is somewhat simpler: on the second from the top line (similar to the start point) climb to the first, having a smooth line. Then draw a curved line right down to the bottom line. A little to the right, above and below the second from the top line, draw two dots, one above the other.
3
The notes themselves are written as small circles, filled or unfilled, depending on duration. In any case, start writing a note slightly to the right, what you want to have. If the note is on the line, for example, the note "g" first in the treble clef, is written so that the lower hemisphere has reached the middle distance between the first and second lines, and the top – middle between the second and third. Increasing note, pay attention to the circle retains the same proportions as the note 'Sol'. Mugs notes between the lines have a diameter equal to the distance between two neighbouring lines.
4
Mugs whole and half notes not rendered. But half, unlike integers, have a calm, vertical wand pointing up or down from the notes. The stems of notes below the middle line, directed upwards and located to the right of the circle. The calm music from the third line and above pointing down and to the left of the circle are written.
5
A quarter note is also calm, but the circle she filled in. Calm location corresponds to the location of the halves.The eighth note in addition to calm has the edge – a single curl or horizontal line (depending on location). The edges of sixteenth notes like a double curl or double horizontal line. Decreasing the duration of the number of lines increases.
Is the advice useful?
Подписывайтесь на наш канал