How to catch herring

Herring is the fish of the sea, but spawning it enters the rivers, especially large flocks in late spring and attract fishermen to the mouth of the Volga and the don. Accordingly, river herring is of two types: the black sea and the Caspian. The course of herring to the sources of the rivers coincides with the flood level and when it is lowered it begins to arrive. Period of fishing of herring begins in March, when it spawns and can continue until November. 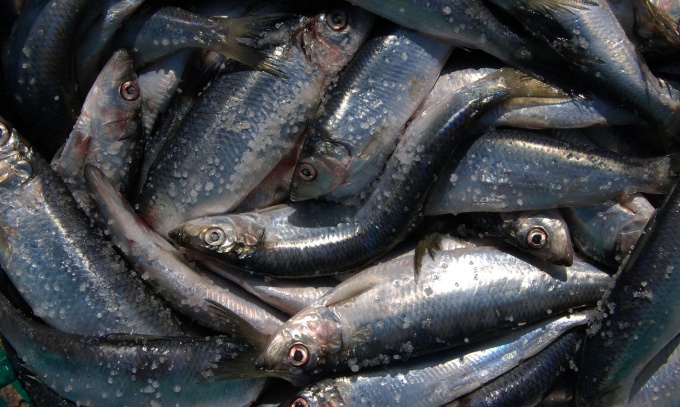 Related articles:
Instruction
1
To catch herring on the gear used by the grandparents – podpuskov (on the Volga), the edge (Akhtuba) and the various bands is provided with several tens of spinners is considered poaching, so now the fishing of herring is permitted only on spinning, trolling, bottom and float fishing rods. When fishing used fishing line to 0.5, herring baits and lead sinkers. The spinning is only permitted under license.
2
On a spinning to catch them is from a boat anchored 100 meters from shore. When choosing a spinning reel don't overdo it, for the catching of herring, the most suitable will be the cheapest, aluminum. It is durable and has a rigidity necessary for the hooking and playing of fish. Coil use inertial. If you catch from the shore, the shipment of baubles try to throw as far as possible. In this case it is better to use a two-handed spinning rod with a good reel and thinner line.
3
Those fishermen who catch the herring from the boats, have an advantage over those that stand on the shore. Depending on the conditions of fishing, they can optionally use another tackle – bottom or with a float rod. In addition, using a boat, you can choose the most productive location and increase the number of fish caught several times.
4
Herring lures are small and light oblong bleszinki, which are soldered to the hooks №7-9. For attaching fishing line is better to solder the ring. For herring lures can be used and prepared from the petals of spinners Comet, or the like. Baits are attached with a leash below the sinkers. The length of the leash must be sufficient, not less than half a meter. Because of the long leash can often tackle the mess when casting, so use the wire frame.
5
Depending on the place of turn, herring may be a continuous shoals or individuals. She loves the serene, clear days, followed by prolonged South winds.
Is the advice useful?
See also
Присоединяйтесь к нам
New advices