How to catch on scarves

Klondike solitaire is a small, triangular-shaped, woven from thin fishing line network. Its lower edge is attached a metal rod-weighting, under the force of gravity which crushes the scarf in the water. In natural conditions, the rod is replaced by a branch of a tree with several stones to weight. Is used during winter fishing for catching bait and other larger fish. So how to catch on the scarf? 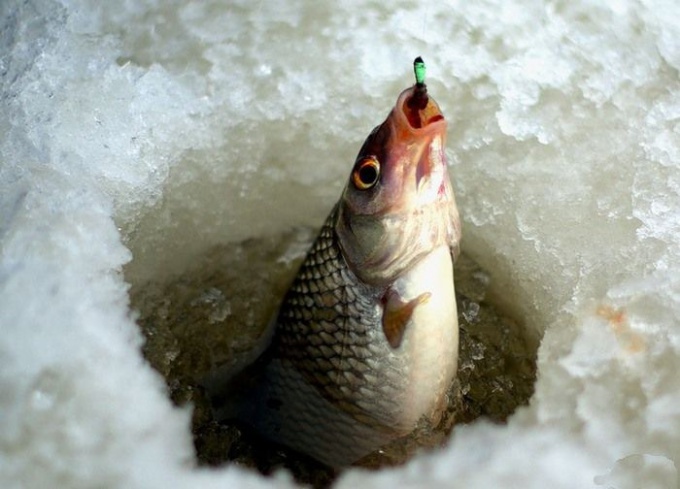 Related articles:
You will need
Instruction
1
Baitfish caught from under the ice, more enduring, for a long time remain alive on the hook. To catch the fry, ice screws drill the hole. Take a scarf with a cell network fabric 15 mm fishing line from 0.12-0.15 mm, equip it with a float made of bark (but you can do without it). Pull back on its nylon cord until it stops, until the float will not rest on the ring and gently put the scarf in the hole. After she will be on the bottom, make sure the float is pulled up the cord and lifted the scarf itself. After that, the controlling pull-UPS make sure that she dealt with: it is felt through the reverse resistance of the float.
2
Now throw in the hole feeding – feed or finely crumbled bread. After 15 minutes, check the tackle. If the fry are carefully vipustite it and lower the scarf back in the hole. Check the scarf every 15-20 minutes. If no fish, go to another place and repeat the throw scarves in the new hole and bait fish.
3
If it's cold, you better catch together: one lifts the kerchief, and the second fry gently get out to avoid damage.
4
Remember to not pull through the scarf, remove the bait as it emerges from the holes in order to prevent freezing fish below.
5
For catching larger fish take a double-walled or walled scarf with a cell size from 35-75 mm, depending on what fish you plan to catch. For example, double-walled scarf with a cell size of 70-75 mm will catch bream, the same, only with a smaller size 60-65 mm – bream on single-walled Gill net with ACAAI 35 mm – roach, sabrefish and perch. Last the cell size is the most marketable because there's always a chance to catch the ear.
6
The best time for fishing on the scarf is the first ice, at this time, the fish still actively moving. In the middle of winter catches are falling and start to increase only with the spring thaw.
Is the advice useful?
See also
Присоединяйтесь к нам
New advices