How to write a film review.

So, you would like to write a review for the film. To begin with, what distinguishes the review from review. Opinion is a opinion about the movie, subjective assessment. Review, except the review and evaluation of the film, gives his analysis. Write reviews of the film the hours: you will be aware of new products, and write about the newly released films, one of the first. But your review was not only interesting and professional, you need to know the rules and nuances of writing. 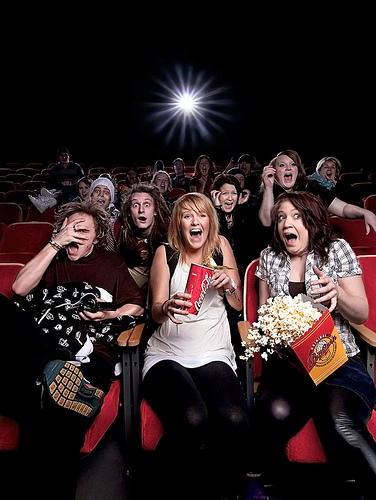 Related articles:
Instruction
1
The review has the greatest value when it is written "without delay". That is, it is relevant in the first few weeks or even days after it was written. So, armed with a notebook and pen, and for the premiere of the movie in a movie! Of course, you can watch a pirated version of the new film. But to see it in a cinema is a different level of feelings and emotions, it is the very atmosphere of the movie. In addition, your fee for the review will quickly cover your costs for a trip to the cinema.
2
Start writing reviews on fresh impressions. This will make your review live, interesting, quite emotional.
3
Think of a title to review. The title should also contain the title of the movie. The easiest way to name the title "Review of the film "Chimera". But easier isn't always better. The title should be intriguing, it needs to interest the reader. For example, "Chimera: more than experiment.
4
After the intriguing title, write an introduction. You can "describe" the idea of a movie about the story. You can also briefly describe the storyline of the film with reference to the main actors. It is important not to reveal the main intrigue of the film. It can be a little reticence, for which the cost to watch a movie. Also, avoid the banal retelling of the story.
5
Then analyze the film. As embodied the idea of the film? Rate the artistry of the film, the Director's work, acting, makeup, special effects, scenery, etc. Just do not need to describe in detail everything that you liked or did not like. Write on the merits and make those touches that I think are particularly worthy of attention.
6
Describe your impressions and thoughts about the film. However, avoid giving personal evaluation of the film from the first person. After all, you do not write the opinion and review. And, therefore, must be objective.
7
Now, total written text, and draw conclusions. For whom is this movie? What the viewer will get from viewing this film? Whether you want to watch this movie?
Is the advice useful?
Присоединяйтесь к нам
New advices