How to write a review for the play

Theatre critical article itself is a little work of art with a beginning, climax and denouement. A good theater review reflects the main characteristics of productions, while remaining brief and entertaining to hold the reader's attention is often not less difficult than the audience in the theater. 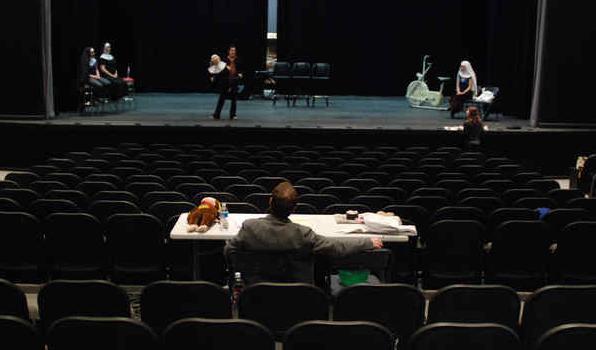 Related articles:
Instruction
1
Conduct pre-work. Read the play, which put on the show. Find out when and where she was put. The performance itself is better to visit several times to check my first impressions. Warn the chief Director of his parish. In most theaters is the service number for friends and theatre critics, where well see the stage. At the end of the performance talk with the Director and the main cast. Compare your impression with the opinion of the Director would be helpful. So you can appreciate what the Director wanted to achieve, and what tasks he managed to accomplish. In addition, behind the scenes you certainly will share vivid theatrical stories that can enliven a future article.
2
Grab a notebook and pen, going to the show. Make notes in the dark is not very convenient, but it is a necessary part of the job. Now paint looks like a stage, record any remarks and all the experiences that have arisen during the performance and can later be forgotten. After returning home, it is better to "decode" all hastily made notes.
3
Take your time with writing reviews. Within a few days, go back mentally to the next, compare first impressions with the finish. After that you can get to the text itself. In the first part of the article should provide brief information about the theatre, the main Director and his past productions. Mention about the play. It is necessary to tell about the traditions of her performances.
4
Write an analysis of the ideological content. Think about what message I wanted to convey to spectators the Director, what was the atmosphere on the show. Analyze several major episodes, select the original Director's solutions and acting finds. Arguments, regardless of the praise or scold you. It is very important to keep an open mind, even if the statement in General, you do not like. In any play, you can find the positive side. If we are talking about staging classical plays of Shakespeare or Ostrovsky, and focus your attention on what's new in this interpretation.
5
Rate the game of actors. Calling the characters by name, do not forget to indicate in brackets the names of the actors who played the roles. Not necessarily list in detail all actors. Suffice it to say those whose game really impressed you.
6
Write about scenography performance. Tell me about colors, lighting scenarios and how the form helped to reveal the content. It is necessary to devote a few words to the work of choreographers, costumers and makeup.
Useful advice
In early reviews it is necessary to give a brief summary of the play. The word "brief" is the key here, because the article should not be limited to the retelling of the events on stage.
Is the advice useful?
See also
Присоединяйтесь к нам
New advices