How to make a truncated pyramid 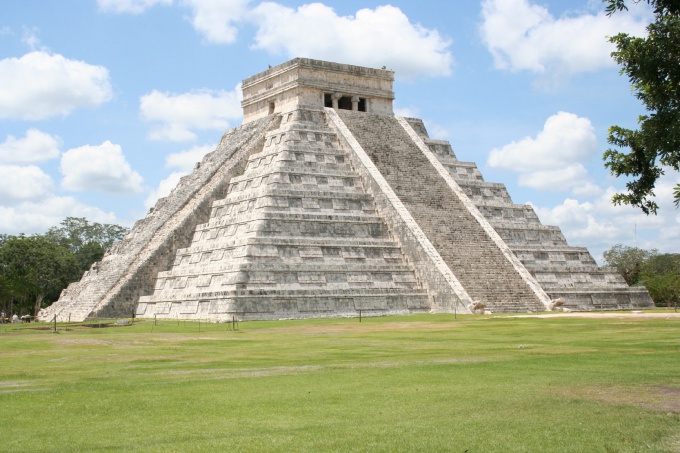 Related articles:
You will need
Instruction
1
Make a full scan of the pyramid. Draw basis. If you build the right triangular or a quadrangular pyramid, draw an equilateral triangle or square with the given or random parameters. To build a pyramid with a different number of faces or for the wrong pyramid first, calculate all sides and angles of the base. Maybe you need a compass, some polygons are easier to draw, based on the circle.
2
Calculate the height of the side faces. The right of the pyramids they all are equal and fall from the top to the middle of the rib between the base and the given face. Find all the middle of these edges and guide them through the perpendiculars in the direction from the base. Aside from the points of intersection of a specified or random size, height and set point. Connect this point with the corners of the bottom belonging to the face. Irregular pyramids each height is calculated separately.
3
The time has come to cut off the top of the pyramid of the future. Determine the height of one of the faces through which point will the cut plane. Swipe through this point, and parallel to the corresponding side of the base. Exactly the same segments spend on other faces. Top faces can be erased.
4
It remains to draw the upper base. One of the lines you already have — this is one of those segments that you cut off the upper part of each face. Mistaking him for one of the sides of the upper polyhedron, draw this polyhedron. It is like a base, but smaller in size. Scan ready.
5
In order to turn the scan into the pattern, you need to draw allowances for gluing. Draw one allowance at each side edge, arranging them clockwise or counterclockwise. Top allowances on which to adhere the upper base, do not have lateral faces and the top plane on all its sides. Cut a truncated pyramid, fold it according to all required lines and glue.
6
For the wire model pattern is unnecessary, enough scan. Cut a piece of wire equal to the perimeter of the base. Bend it in the form of a polyhedron of the desired shape and solder the ends of the wire. Similarly, make the upper base. Cut pieces of wire, equal side edges. Solder them to the grounds. Tweak the model so that all the edges were straight. 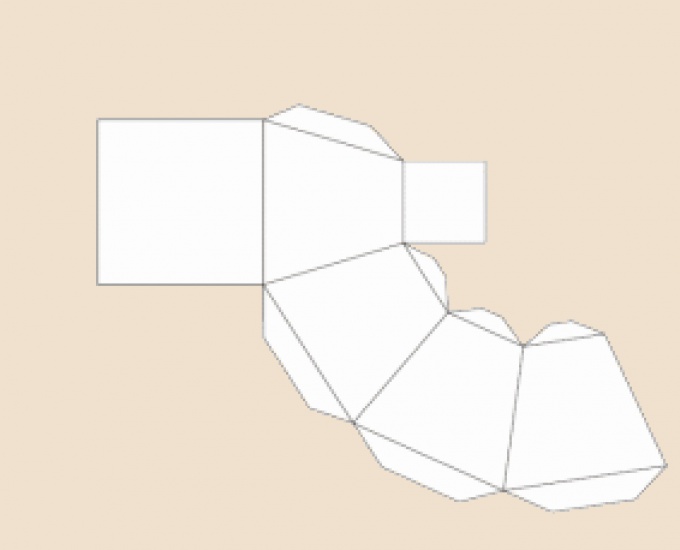 Useful advice
You can then drill down another way: to draw the base, calculate the bottom corners of the faces and build the faces so that they meshed sides. From the top edge of one of the faces, draw the upper polyhedron;

For the manufacture of a wire model, take the wire that keeps the shape;

When bending wire, do not forget to put a future model to scan and in the course of manufacture to adjust it.
Is the advice useful?
See also
Подписывайтесь на наш канал