How to choose a trout

Trout in the diet of today's consumers are rarely present because of the high prices. However, this delicious, nutritious, rich in fatty acids, fish is able to stabilize the cholesterol level in blood, improve brain and nervous system, strengthen the walls of blood vessels and be a prevention of cancer. Trout is not only worth the money it will bring incredible pleasure to become a decoration of any table. How to choose the right real trout? 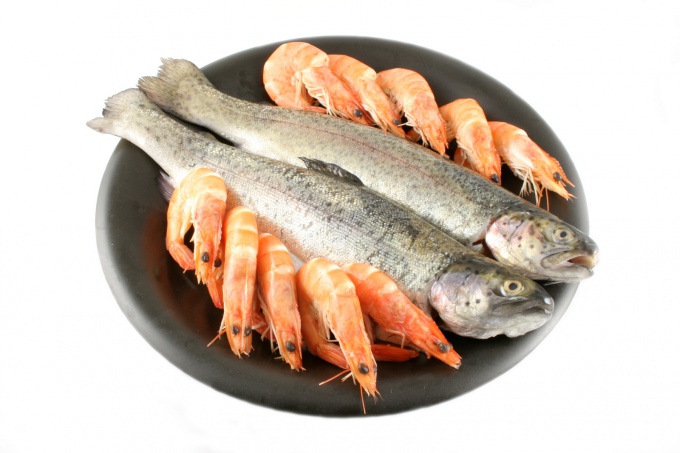 Related articles:
Instruction
1
Trout belong to the Salmonidae family. This is a very beautiful fish, she has brown back, Golden sides and abdomen Golden. Body trout long, and the fins are colored specks. Trout on the mind is divided into marine, freshwater, rainbow and brook trout. Sea trout are often the biggest and the smallest fish - stream, it only grows up to half a meter. By the way, char is the most tasty and useful, because it is found only in clear mountain streams. However, the stores can be found and rainbow trout, because, due to its ability to grow rapidly, it is bred on fish farms.
2
To make the fish presentable appearance and increase in weight of farmed trout feed added growth hormones, antibiotics and even colorants (canthaxanthin is a food additive that partially banned in Europe). Doctors do not recommend to cook farmed trout more often than once a month. To distinguish natural trout can only be a more pale color of the meat. In addition, the trout weighing 6 kg and over are also likely to be grown in an artificial reservoir. The average size of fish delivered from the fish farms - 3-4 kg, but there are instances and 7-10 kg.
3
Trout you can buy both fresh and frozen, whole or in steaks. Usually the most budget - gutted fresh fish of medium size (1.5 to 2 kg).
4
Trout , frozen, fresh, or salted, and smoked, most often sold in a vacuum pack. Of course, vacuum packaging increases the shelf life of the fish, prevents the access of air, bacteria and germs, retains the properties of the product and nutritional value. However, the shelf life of fish in a package must not exceed 1 month if it is fresh, 2 months – if it's smoked, and 6 months if frozen. To store trout (and other fish) in vacuum pack out of the refrigerator is not allowed.
5
Consider carefully the packaging. Integrity should not be compromised, it should not be juice and air bubbles, the film is pressed firmly against trout. Implementation period makes its way directly into the film. If the label is missing or there is a sticker with an expiration date, refrain from such a purchase.
6
Special attention should be paid to appearance of the trout: eyes convex, black pupil and glass, not cloudy cornea, scales – shiny. Whitish bloom or mucus on the surface of the fish will indicate the staleness of the product. Fish in vacuum packaging with the expired period of implementation can cause severe poisoning.
7
Salty trout loses the color looks paler than fresh. Note the streaks in the meat of salted fish. White, not the bright pink color will indicate the absence of dyes in fish.
8
Carefully read the composition of fish indicated on the label. For example, to dissolve all the bones in the fish, some manufacturers use sozrevateley or acid, to add the weight of injected polyphosphates. Trout fillet, processed food additives, will produce an artificial Shine that bright unnatural color, fibration and slightly distended. Phosphates eluted from fish meat protein, so the nutritional value and use trout falls several times.
Is the advice useful?
See also
Присоединяйтесь к нам
New advices