How to apply for dual citizenship

According to the Constitution, the Russians may obtain dual citizenship in two ways: either with the consent of the state or without. However, to date the knowledge and consent and legal recognition of the Russian state can only be obtained second citizenship of Turkmenistan or Tajikistan. With all the other countries of the world Russia has not signed the relevant Treaty. Therefore, even if the Russians draws the second citizenship of other countries, his native country, he is not considered a dual citizen. 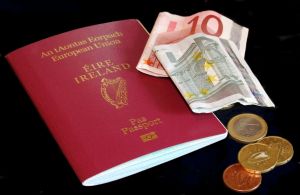 Related articles:
Instruction
1
Decide in which country you want to get a second citizenship. Every domestic law provides their rules and regulations regarding second citizenship. In any case, keep in mind that for Russia, you will remain a citizen of one country (unless the second citizenship is not Turkmen or Tajik).
2
To issue dual citizenship in Germany you either have to be an ethnic German immigrant, or a Jew. Accordingly, you'll need documents (birth certificate, passport relatives) confirming your nationality. If you are you in Germany for more than seven years, you can apply for Panamanian nationality. However, in this case, you have to officially renounce your first citizenship, that is the law of this country.
3
According to the Israeli Law of return from 1950, you can apply for dual citizenship in this country, if you can prove your Jewish origins in the maternal line. Also on the repatriation visa can go to obtain a second citizenship in Poland. It will also require documents (birth certificate, marriage), proves that you are a descendant of Polish citizens, for example, taken to Russia during the Second world war.
4
In some countries it is possible to arrange dual citizenship for investments in the economy of the state. This practice exists in Dominica and other Caribbean countries as well as in Austria, Montenegro, Canada (this will also require good knowledge of the English language, which will be checked by the tests).
5
Design of dual citizenship in Australia, UK, USA, Brazil, Cyprus is possible only after naturalization, that is, longer stays and work in the country. Naturalization in some cases, provides first registration of permanent residence (permanent residence) and, of course, an excellent command of the official language of the country of which you are going to become.
Note
Assistance in obtaining dual citizenship have various immigration agencies, you can find them on the Internet. Cost of services depends on the country whose citizenship you need to register.
Is the advice useful?
See also
Присоединяйтесь к нам
New advices