How to teach your dog not to bite

With the advent in the dog house the owners added worries and troubles, and problems, one of which becomes this: how to wean the dog to bite. If the pet is still very small, it is his desire to bite the hosts may be due to some reasons if it is an adult dog, quite different. 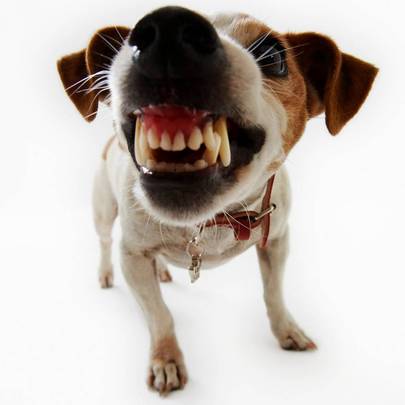 Related articles:
Instruction
1
Puppies often bite their owners out of a desire to play either because they erupt teeth. But this applies to dogs up to 4-4,5 months old. Until that time, the biting puppy perceives as a game and playing with the owner, it is quite natural for him to apply teeth. Waving, the owner gives the puppy the illusion of the continuation of the game, so in this case (if indeed the game) is to act as it did would place pokushenie another puppy would be dissatisfied and loudly shrieked. This sound, as well as ending the game with care from the pet for 15-20 minutes and leaving him alone, should act on a puppy as a signal that it is his bite himself graduated from such interesting entertainment as game. After several such repetitions the puppy is fixed the reflex to the fact that the owner you can not bite.
2
But if the puppy is already more than 4.5 months and he continues biting, then we should deal with him as an adult biting dog. Need to lower the position of the pet in the architecture of the hierarchical ladder. In order to show that the leader is the owner, not the dog, after being bitten, you should take her by the shoulders pressed to the floor, forcing him to lie down and obezdil. These actions should be accompanied by the words "fu" and "impossible." So worth it to keep the animal as long as it is not rest. Then give her a command and praise. 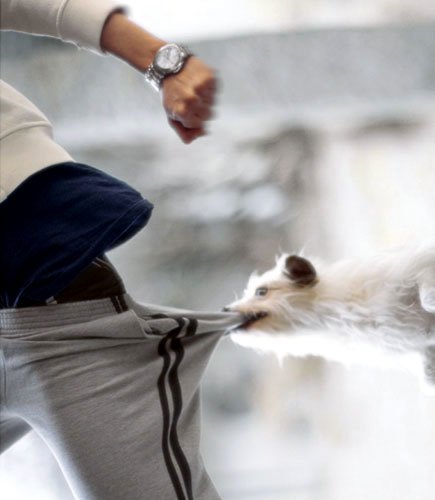 3
If the dog is large enough, then it's best to raise it above the floor, deprived of the supports and shake then also be pressed to the floor and allow to calm, then to give the command and praise after its implementation. With these actions, the owner shows his dominant position in relation to the pet that must be obeyed.
4
If the dog is small, it is another way to get her to stop biting is the same as would stronger a strong leader against the member of his pack: you need hands to hold the dog's mouth, leaving her breathing leader as their jaws overlaps the mouth of anyone who is below his rank). After the animal calms down, let him go.
5
To establish the dominant position and avoid thus bites the owner must show the dog their superiority over her: feed your pet only after you eat family (leader eats first), and he will perform given him a command, enter the door and climb the stairs to the first needs of the owner, and the dog – to follow him, but not Vice versa.
6
All of your command, the dog must execute in full, until the end. Made command leads to a wrong perception of the dog of compulsion of their performance, and hence to the self. And from him and bites in the neighborhood.
Note
You can not let the situation slide, as soon the owners will be forced to be afraid of your own pet and go with traces from the bites.
Useful advice
If the dog gives the owner the opportunity to flip himself on his back and stroking the abdomen is a sign that she is ready to obey.
Is the advice useful?
See also
Присоединяйтесь к нам
New advices