How to boil sausage

Once, in Soviet times, in the literature on the psychology of the family described in the case study family therapist. The couple always argued how to cook the sausages. One spouse said that it is necessary to remove plastic wrap before cooking, and the other, respectively, claimed that you need to cook in the foil so that the sausages don't seethe. The confrontation came to the point that they turned to a psychologist. However, it did not help - after three months of living together and heated debate about the sausages, the couple broke up.The article aims to dot all the "i" in such a simple, seemingly, as being cooked sausages in order not to repeat this curious case. 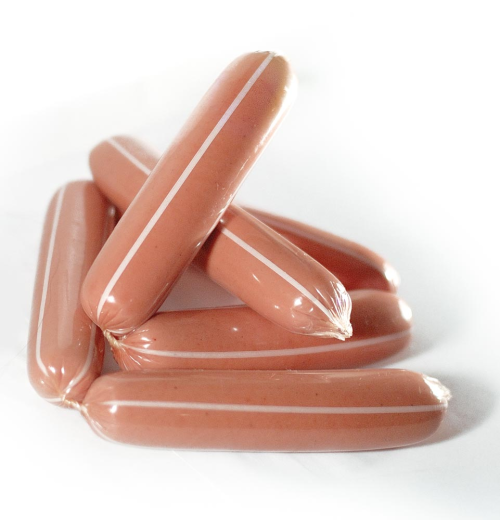 Related articles:
You will need
Instruction
1
The first option of cooking sausages. Remove the plastic film from the sausages. If sausage in a natural casing, it is not necessary to remove.
To sausage without film when cooked still guaranteed not to burst and not seethe, it is possible to make a few punctures with a fine needle.
2
Put sausages in a saucepan, cover with cold water so that the water covers them by about 1-3 cm. For a brighter taste, you can pour the sausage is not water, and tomato juice - then they will get a very spicy, almost exquisite taste. Put the dishes on a medium heat, bring to a boil. When water (or juice) to boil, allow the sausages to cook for another 2-3 minutes, not more - otherwise they will be digested and lose taste. Immediately after cooking, remove sausages from water (tomato juice).
3
Similarly, you can cook sausages in the microwave. With only one difference - pour sausage need boiling water and not cold water. Cook at maximum power for 3 minutes.
4
The second option of cooking sausages.
Peeled from the film sausages , place in a steamer or on a grate in a pan for roasting. Cook the sausages for a couple about 10 minutes. These sausages turn out very tender and juicy.
5
The third option is the easiest.
Sausage with removed cellophane wrap just put in the microwave that are included on the lowest power for 3 minutes. In fairness, I must say that the boiled or roasted turned out sausage, cooked this way, nobody can.
Note
Among professional cooks, it is believed that sausage is the finished product and they do not have to cook at all. And the fact that they commonly brewed - a matter of taste and habits.
Is the advice useful?
See also
Присоединяйтесь к нам
New advices