How to cook sausages so they will maintain the taste

Sausages are a mix, which before its consumption must be boiled. This can be done in a pot of water, and in a slow cooker, steamer and even a microwave. 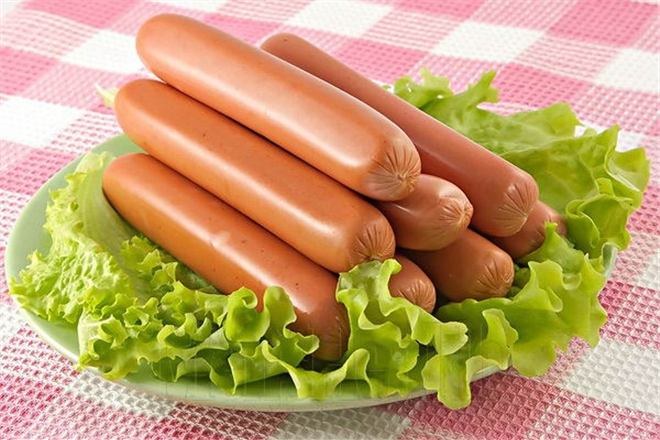 Special rules for making sausages do not exist. In any case they are cooked, if you throw them in boiling water. However, there are some recommendations that will help to make the sausages more succulent and tasty.

The semi-finished product may be enclosed in a plastic sheath and are natural. The first is easy enough to remove, if it is carefully make an incision from the edge and pull. Natural casing can be difficult. It is considered more environmentally friendly, but to remove it is not so easy, and eat a sausage with it not very hygienic and tasty.

If you bought sausage in the plastic shell before boiling be sure to remove it. Product in genuine "clearance" before cooking enough to pierce with a fork in several places, so they do not burst.

How to cook sausages in a pan

For cooking sausages, you should take a small pan, fill it water and put on fire. The product can be cast both in cold and in hot water. However, if you want the sausage retained its flavor, put them in boiling water. Salt it is not necessary. After 5-7 minutes the sausages are ready to eat. To increase the cooking time is not recommended because the product may lose not only your taste but also presentable.

How to cook sausages in the microwave

In microwave oven the product can be boiled in just 3 minutes. Thus it is necessary to select the maximum capacity of the furnace, and hot dogs must be in containers with water so that it completely covers them.

How to cook sausages in the steamer

The cooking time of the sausages in the steamer is not more than 10 minutes. For this you must place the mix in a special bowl and turn on the steamer for 10 minutes. Gourmets claim that sausages, steamed, have more saturated taste and aroma.

How to cook sausages in a slow cooker

For the preparation of prefabricated pour into the bowl multivarki water, place hot dogs. Select the program "steaming". Put the timer on for 10-15 minutes. The countdown will start after boiling water.

What to serve sausages

The most common garnish for boiled sausages are pasta. With them also combines lettuce, tomatoes or mashed potatoes. Meals with sausages can be safely complemented with a variety of sauces, such as tomato, cheese, soy. You should not write off from accounts and mustard.
Is the advice useful?
See also
Подписывайтесь на наш канал