How to divide a segment into equal parts

When solving problems in geometry it is sometimes necessary to divide a segment of straight line into equal parts. By the way, this problem can arise in ordinary everyday practice, if, for example, is required to drive nails in the wall at equal distance from each other. There are several ways to solve this problem that do not require significant calculations. 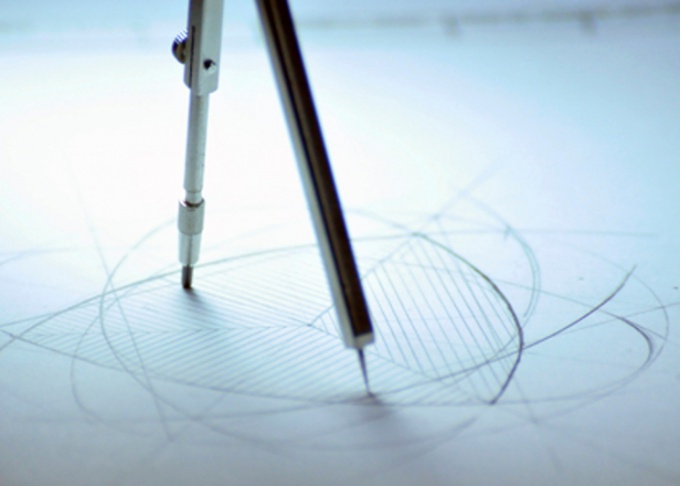 Related articles:
You will need
Instruction
1
If you want to split a segment into two or four parts, use a compass. From the cut ends and with a compass draw two arcs of circle of radius R. the radius of the circle make a few more of the half of the segment AB. Bring the arc to a common intersection. Thus you will get points C and D equidistant from the segment AB. Swipe through the points C and D a straight line that intersects segment AB. The point of intersection of this line segment is the required point E, in which the segment AB is divided into two equal parts.
2
To divide a segment into four equal parts, perform the procedure described above in series with each of the resulting two equal segments AE and EB.
3
If you want to split a segment of a straight line on any arbitrary number of equal parts, take a ruler and a compass. For example, the number of pieces must equal 7. From any end of the segment AB (for example, from point A) swipe at an acute angle to a straight line segment of arbitrary length. Received line from point A with a compass put 7 equal segments of any length, marking the ends with numbers from 1 to 7. Point 7, corresponding to the end of the seventh segment, connect point b (the end of the segment AB). From points 1, 2, ..., 6 draw straight lines, parallel lines 7B. These lines will cross the segment AB, dividing it into 7 equal parts. The problem is solved.
Is the advice useful?
See also
Подписывайтесь на наш канал