How to make rice paper

Rice paper is thin, with a rough surface white paper. The name she received the original product, which is used for its production. It is obvious that rice paper is made from rice flour or straw. But do not think that at home to make such paper is impossible. Believe me, it is easy even for beginners "able pens". 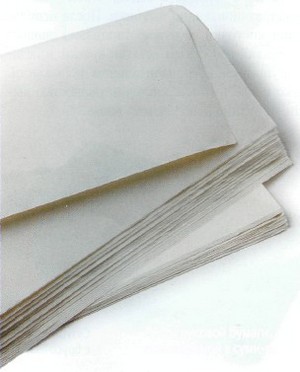 Related articles:
You will need
Instruction
1
Pre-sift the rice flour. Then mix it with salt, add water. Knead 10-15 minutes, until, until it forms a smooth dough without lumps.
2
The dough is put in a Cup, cover with a cloth and leave on the table for 30 minutes. Then turn the dough out onto a floured Board and roll out till the minimum thickness.
3
Then cut the dough into portions, for example, the squares of 15x15 cm, which need to dry in the open air.
4
If the paper is prepared as a reserve, the drying time is greatly increased. Before cooking the rice paper should be soaked in water.
Note
In fact the rice paper is dried the normal Russian man, without oil. In Asian countries rice paper is considered a dietary product, so is used quite often.
In a rice paper wrapped fish and vegetable stuffing, which is usually visible through the thin walls of sheets. Japanese cuisine is rice paper used for making spring rolls, and in Vietnam, it's used to make pancakes, like Russian cabbage rolls.
Useful advice
Rice paper is not only used in cooking. It is used in glass or using decoupage technique. Rice paper glued to the glass, breaking it into small pieces using the scissors so the edges of the paper were not allocated to the product.
Is the advice useful?
Подписывайтесь на наш канал