How to make a katana out of wood

Katana – the weapon of the samurai in Japan. The art of katana has not lost relevance to the present day. But waving this training katana, capable, according to legend, cut the iron rods, just dangerous. Analogue material for a real samurai sword can be considered a Bulat or in our time to re-open the technology of the so-called "Anosov" steel. If you decide to explore the ancient art of the samurai, put the "original" blade out to the side. May it be better interior detail. 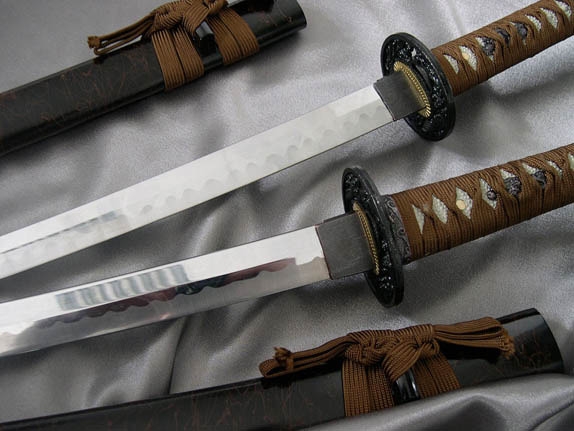 Related articles:
Instruction
1
In studying the art of the katana from ancient times used its full analogue of the blade in its properties called "bokken".
2
Bokken form is fully consistent with the katana, but because it is made of wood, it is a little easier.
Bokken usually made from durable species of woodsuch as oak, beech, hornbeam and the like. In Japan, bokken decided to do of the white oak (Shiro kashi), red (Aka kashi), brown or black (Chaironuri kashi).
3
Since the tradition of the sword in Japan has more than one hundred years, and training swords Bocconi also have their canonical dimensions, weights and names depending on schools using them.For example, bokken Bokuto (Iita) is made from white or red oak, length 102cm, weight is from 580 to 620 g depending on the material.
4
Bokken Casey-Ryu is the heaviest of all, the length 102 cm weighs 730 g.
Garda (transverse pad that protects the hand from sliding along the blade weapons of the enemy) bockenek usually not used.
5
To give the characteristic whistling sound when the correct position of the arms at impact, along the "blade" of bokken make a shallow groove, called "Chi".
6
Blade "blade" of bokken (like real katana) beveled at an angle of 45 degrees on the end.
The profile of bokken depending on type may be flattened, oval or round.
Is the advice useful?
See also
Подписывайтесь на наш канал