What pressure is considered high

Sometimes people go to the doctor with complaints of hypertension, which means elevated blood pressure (BP). But it is nice to know what pressure, according to doctors, is high. 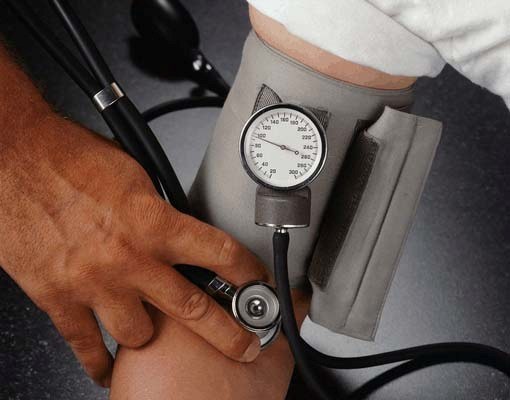 What the numbers mean in blood pressure?

It often happens that the value of pressure at which one person becomes ill, do not bring up any negative feelings from the other. Therefore other hypertensive patients are reluctant to seek help, not taking medications, and this can lead to tragic consequences, including death.

In that moment, when the heart muscle contracts, pushing out through the aorta into the arteries another batch of blood pressure in blood vessels rises sharply, reaching its maximum value. The contraction of the heart in Latin – the international language of physicians is called systole, and therefore the maximum pressure is called systolic. In a healthy person, depending on his age and individual characteristics of the organism, it is an average of 110-130 mm Hg. article (millimeters of mercury).

Then, in the intervals between heart beats, the pressure decreases, reaching its minimum value. This pressure is called diastolic. In a healthy person it averages 70-80 mm Hg. article the Deviation from these values by 5-10 points more or less valid.

According to doctors, an increased course should be considered as such blood pressure values exceeding 140/90. And the greater the excess, the greater the likelihood of serious complications.

Myths about hypertension, invented by people

Of hypertension there are many rumors made up by people far removed from medicine. The most common of them is as follows: if a person feels good, nothing wrong with high pressure and no treatment is unnecessary. This is a grave error, because periodic or constant bursts of pressure do not go unnoticed for the body. Sooner or later, it may cause a stroke, heart attack, retinal detachment and other serious diseases.

Or, for example, there is a myth that hypertension is transmitted only by inheritance. But it is much more likely to get hypertension in people with overweight, who lead a sedentary lifestyle. And if they still smoke and drink a lot of alcohol, the chances of becoming hypertensive they grow.

The cause of hypertension may be kidney disease, head trauma or congenital disease, some heart disease and many other factors.