The leaves and shoots of gooseberries covered with a whitish bloom, and soon the leaves begin to curl and wither. Berries also become partly unfit for human consumption. What is so ruining the Bush? This is a powdery mildew of the gooseberry, which deal with the need to start immediately. 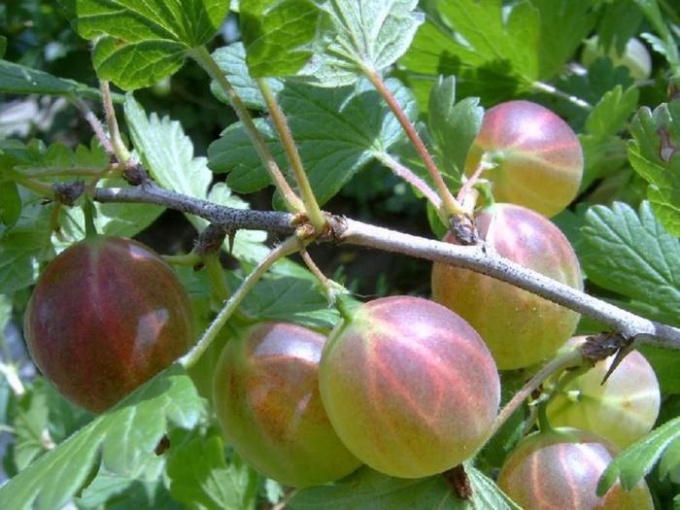 What is powdery mildew

Powdery mildew of gooseberry is striking not only for this garden shrub, but also currants - red and black. The causative agent is a fungus infection which occurs through spores from neighboring diseased plants. Favors the development of fungus humid weather at a temperature of from 17 to 28oC. Sometimes mealy dew called the American, it's probably because there is an opinion on the importation of this disease into Europe from America.

Methods of dealing with powdery mildew

First of all you need to autumn to remove all the diseased branches and burn them, as they accumulate a huge amount of Akropol, which in the spring will dissipate and infect new branches and other shrubs.

In early spring, before Bud break, the bushes are watered with hot water and sprayed with a solution of Bordeaux mixture, which is diluted according to the instructions. If during flowering and setting berries still were areas with white bloom, treat them with fungicides, but not later than 30 days before harvest.

You can save the gooseberries from mildew following traditional methods:
• Soda ash and soap. To do this, dissolve in 10 l of water 100 g of soap and 50 g of baking soda, mix and spray diseased bushes.
• Soap and copper sulphate. The working solution is prepared from 100 grams of soap and 5 to 10 g copper sulphate. The soap is cut into shavings and dissolved in 1 liter of water, then poured into 9 l of water sulfate, stirred and poured into the soap solution. If done correctly, will turn a bluish liquid without flakes.

Treat garden shrubs a few times with intervals of 4-5 days and you will be able to get rid of American powdery mildew.