How to collect a puzzle

The first puzzle appeared in ancient times. Original tasks that require logical thinking, found even on the walls of the Egyptian pyramids. The heyday of the puzzling problems occurred in the middle ages, when it began to develop mathematics. Over time, these ones really needed to help her become more popular. And today, many continue with a passion play "tag" or concentrated to assemble a Rubik's cube. Is it possible to come up and make a puzzle yourself? 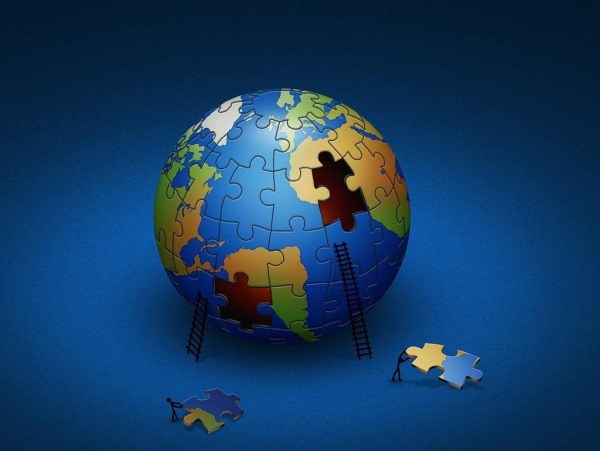 Related articles:
The beauty of puzzles is that they allow any person in a fun and playful way to try your hand at finding solutions to complex problems. There are many types of puzzles. Some of them develop exceptionally logical thinking, others require a developed imagination and spatial perception. As those and other puzzles have one thing in common – they promote a higher intellectual level. One of the most popular kinds of puzzles are the puzzles. In this game you need to construct a coherent picture of the many fragments that have very different forms. Especially useful compilation of puzzles for kids. Picking up the mosaic develops fine motor skills, teaches correctly perceive the differences between the parts and the whole, distinguish objects by color, size and shape. If you wish, you can come up and make their own hands "puzzling" mosaic. For this you will need to find size and color of the image. Very good blanks for homemade puzzles can be found in children's magazines and old illustrated books. It is best to use the plot of the picture, which depicts characters from fairy tales and popular cartoon characters. When choosing images, make sure that they were not too bright and not contain a very large number of parts. To make a universal double-sided puzzles, you will need two images of the same size. It is desirable that the main background in the images contrasted with each other. Carefully paste your chosen images on both sides of the piece of cardboard. Now you need to mark one surface, breaking the image into elements. The simplest solution is to divide the image into multiple squares or rectangles. Remember that for preschool children will be enough to make the puzzle of 9-12 fragments. Students and more challenging puzzles. To make the puzzle more challenging, it is recommended to divide the image into different geometric shapes: squares, triangles, circles, elements of irregular shapes. Now it remains sharp pair of scissors to cut the whole image exactly along the lines of markup. Puzzle is ready. Imagination and imagination, you can create your own puzzles. To solve this puzzle is recommended at the first stage together with the child. There is an algorithm of folding mosaic. First we need to select fragments belonging to the same picture, guided by the background color. Then find the four corner pieces in the puzzle with different shape fragments they always have right angles. Now should be the side elements so that the result is the outer frame of the puzzle. It remains to choose the inner content of the picture. You can, of course, choose their own sequence of actions. It would seem, what else can you think of in addition to such a simple puzzle? To improve the puzzles you can, if you stock up on a few flat square magnets for the refrigerator. Enough to stick these magnetic elements on the right size vivid picture, and then cut the mosaic into the limits of the magnetic squares. As a result, you will receive simple but entertaining puzzle game that can be put directly into the refrigerator door.
Is the advice useful?
See also
Подписывайтесь на наш канал