What party was created by the supporters of Nikita Mikhalkov

In mid-July 2012 supporters of political views Nikita Mikhalkov has registered a new party, which he called "our Motherland." The very same Director said that no relation to this party he has even less going to join its ranks. 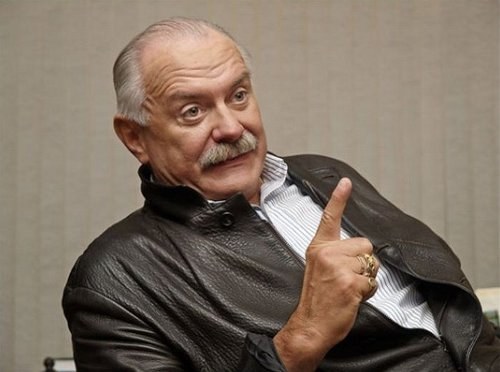 The program of the new Russian party is the Manifesto by Nikita Mikhalkov "Right and true", which he published back in 2010. In addition, in its ideology laid the works of such great Russian philosophers like Ivan Ilyin, Pavel Florensky, Nikolai Berdyaev. The program includes and abstracts of the legendary statesman Pyotr Stolypin.

The party "For our Motherland" headed by Mikhail Lermontov. He calls himself a direct descendant of the famous Russian poet. Here are many skeptics don't think it is true, as Mikhail Lermontov had no children. As symbols of the new political Association are no less pretentious characters: eight-pointed star of the virgin, adorned the banners of the warriors of Ancient Russia, and St. George's flag in black and gold tones.

Mikhalkov has officially stated that he does not consider himself a politician, no one was forced to create this party and written a Manifesto is not her program. The Director explained that the basis of the faction lies a kind of quintessence of his thought earlier voiced thoughts about the situation in Russia at one time or another. He is very glad that there were sensible people who were inspired by his remarks. Their Mikhalkov considers new conservatives, the true patriots and statesmen.

Mikhail Lermontov called the new political structure of the party the traditional values of the Russian state. In particular, its proponents as the " consider the events of 1917 a national tragedy of the state, which had lost the real spirit of the Russian people. Also members of the party insists on controlling morality in media. Political Union has passed the necessary registration procedure in the Ministry of justice.