How to spend a weekend in Pskov

Weekends I want to spend so that positive memories will be preserved in memory. Someone goes on a hike to the museums, someone gets on the couch with a book, and someone has time over the weekend to visit a neighboring city, for example, Pskov. 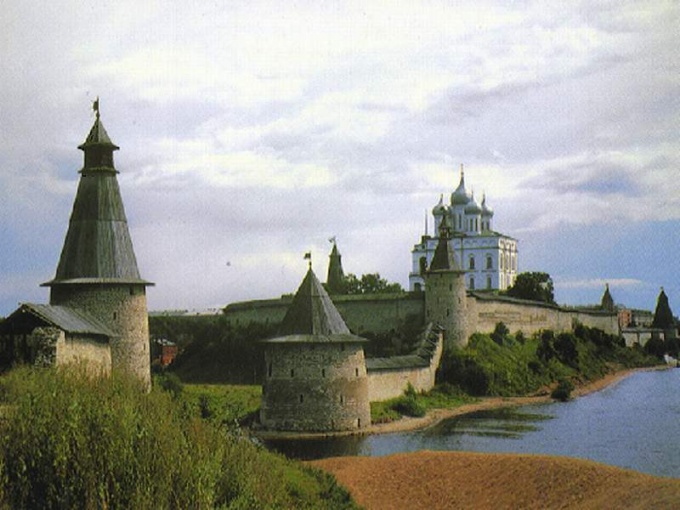 Related articles:
Instruction
1
Pskov – one of the oldest Russian cities, first mentioned in the literature, is dated 903 ad. In this city you can find a huge number of attractions that deserve the attention of tourists. These include the Pskov Kremlin, which has withstood a huge amount of attacks and still is one of the largest fortresses which existed in the period of Ancient Russia.
2
In ancient times the center of Pskov land was Trinity Cathedral, which happened all the most important Affairs of the Principality (the chamber, the ceremony of the ascension of princes to the throne, etc.). In the middle of the XIV-XV centuries there was even a cry of "Stand fast for the Holy Trinity!", was the call to arms of all the military men of Pskov. Now you can watch the fourth Cathedral that was built from 1682 to 1699 years on the basis of the three already existed before the temples.
3
Trinity Cathedral is one of the architectural structures comprising the Pskov Kremlin (Krom). Well as its components is called Dovmontov town, named in honour of the Pskov Prince, who lived in the XIII century and canonized; the First (front wall of the Kremlin); Sahab (strengthening to protect the gate); the bell tower, built in the XIX century; the clerks of the chamber; guest accommodation; cellars for gunpowder and the parish house.
4
If you are not interested in trips to memorable places in Pskov, you can visit the local theaters. Features of the Pskov academic drama theatre named after A. S. Pushkin, creative story which already has more than a hundred theatrical seasons. You can also watch the performances of local puppet theater, which offers performances not only for children but also for adults.
5
One of the prides of Pskov - the Cathedral of Saint Basil the Great, created in the mid-fifteenth century. The Church was originally constructed so that to visitors it seemed a small island in the center of a large swamp. This temple is considered the protector of the city and its citizens, because at the end of the XVI century it was his bell informed the inhabitants of Pskov on the offensive of the enemy.
6
If you are fond of mysticism and the paranormal, be sure to visit in Pskov Gremyachiy tower. It was created in the early XVI century on the banks of the river and is still one of the most beautiful places in the city. There is a legend that in one of the underground rooms of the tower eternal sleep sleeping beautiful girl, bewitched by an evil sorcerer. According to tradition, revive it can only be the man whose soul is pure and undefiled, and who will be able to spend at her grave a dozen days, performing all the necessary rituals.
7
Pskov has long been popular for filming in the city. It was here that directed such films as "the Second breath" "Pop" and the TV series "Saboteur. The end of war." Some travel agencies offer for the guests a special tour, during which you can visit the filming locations of certain films.
8
Also you can visit the Pskov state Museum-reserve, which includes several museums and architectural monuments, located in different parts of the city. You can get acquainted with the culture and painting of the XII-XX centuries, visiting pogankin chambers, Art gallery, Spaso-Preobrazhensky Cathedral of Mirozhsky monastery and other sights. Detailed list of museums and monuments included in the Museum you can find on its official website - Museums.pskov.ru.
Is the advice useful?
Подписывайтесь на наш канал