What is thinking and what are thinking

Thinking is a cognitive process that allows you to gain knowledge about the world based on judgments, conclusions and inferences. We can say that a person is able to perceive things without the help of analyzers (pain, visual, tactile, auditory, olfactory, etc.) only on the basis of voice signals. 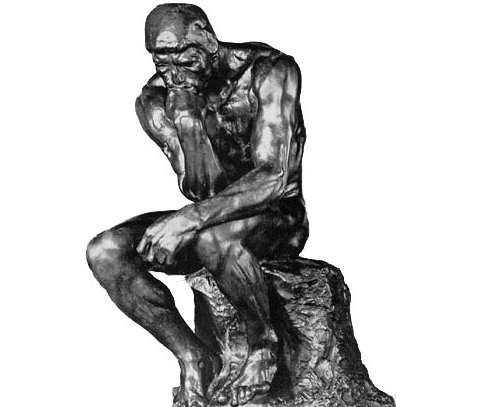 Thinking, as a kind of mental activity have intrigued people for a long time. Even philosophers have tried to study it and give an explanation. For example, Plato equated the mind with the intuition, Aristotle created a whole science (logic) and divided the learning process into parts, etc. On this day the representatives of different Sciences try to study the specifics of thinking, to investigate experimentally and to give a clear definition of this process, but so far it fails.


Forms of thought has been allocated by Aristotle is the concept, judgment and reasoning. The notion indicated by the word characterizing the common and essential properties of a whole class of objects. It has a vivid, abstract character. For example, for the concept "watch" the General and essential property, what is the mechanism of showing the time.


Judgment is a form of mental activity, reveal the contents of concepts reflecting phenomena and objects of the surrounding world in their relationships. It can be an isolated, private, common, and simple (the components are concepts) and complex (composed of their combinations). General judgments apply to all phenomena, or objects which are United by the concept, for example: "All living things need food". Private form affects only part of objects or phenomena, for example: "Not all soils are fertile", etc. In a single judgment we are talking about a specific concept, for example: "Peter I – the great reformer".


Conclusion based on the analysis and comparison of several propositions is called inference. There are two types of reasoning: inductive and deductive. Induction – method of reasoning from the particular to the General, the establishment of rules and laws in the study of individual objects and phenomena. Whereas deduction is the reverse process which consists of knowledge of private facts based on knowledge of the General laws.


In addition, human nature and logical form of thinking. It is based on correct source judgments and leads to objective conclusions. Such thinking begins with a problem definition. The next stage of the thinking process is the analysis of the available information. Then constructed a hypothesis which is tested in practice. If it is true, the conclusion about a situation or problem, otherwise it is searched for another solution.