How to tie a beautiful scarf on the needles

This season, fashion has become firmly established long scarfs, which can be several times wrapped around the neck. To tie a scarf the strength not only experienced handy but novice knitters. Before you tie a pretty scarf on the needles, you need to decide what exactly should be this scarf: classic or sports, plain or colored, simple or ornate. 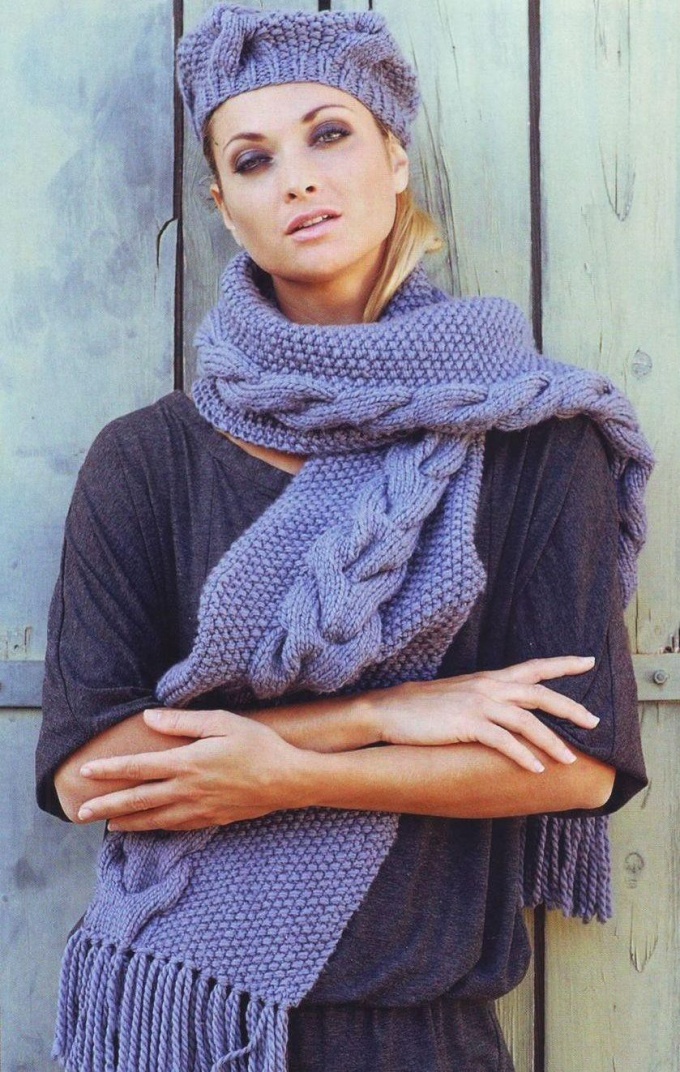 Related articles:
You will need
Instruction
1
To tie a pretty scarf on the needles, you'll need about 2-4 skeins (depending on how long you plan to tie a scarf). For sports scarf suit bright shades of yarn, plain and jacquard.
2
For vyvazhivanija scarf dial on the spokes 50 of the loop, which will later correspond to the width of the finished product (about 25 centimeters). Knit the first row of the front and back loops, alternating them through one.
3
The second and subsequent rows promazyvaya as follows: the front loop stitches, bringing the needle into the loop of the previous row, purl the loop to remove. In this technique runs the knitting of the so-called British gum.
4
To avoid jagged edges of the finished product of the edge loop knit across the row is necessary only in one direction.
5
At the height of the product from 100 to 200 cm (depending on desired length of scarf) close all the loops, the product is wash it, let it dry to prevent further shrinkage during operation.
6
A classic scarf you can knit in the same way that sport with distinction in the choice of colors and textures of yarn. Crochet scarf front loops on the dial needles 80 loops and knit product stocking stitch (facial series – facial loops, purl rows – purl loops). At the end of the knitting fabric wet, allow to dry and sew the side seams wrong side inward.
7
The scarf can be decorated with pompoms, fringe, tassels. For making fringe prepare several identical pieces of yarn, folded several times. Each segment then fold in half and thread it between the loops of the first row, securing the knot. Do the same with all the segments in both sides of the scarf.
8
For making tassels wrap four fingers of the hand a few turns of yarn, at a height of 1 cm from one edge to lock the coils of the node, the second edge cut and trim the ends of the brush.
9
For the manufacture of POM-POM take two rings cut from cardboard, connect them together and wrap in several layers of yarn. Then cut the threads along the edge of the ring of larger diameter thread between the rings cardboard locking the thread tight and tie a knot. Remove the cardboard ring, trim the pompom with scissors.
Is the advice useful?
Подписывайтесь на наш канал