How to knit a hat crochet

Things connected with my own hands, too, can be stylish – and women and men will get a lot of pleasure when a gift is elegant and warm knitted cap, which will emphasize your image and will add originality to your fall and winter wardrobe. To associate such a cap from an ordinary wool yarn simple crochet, beginning knitting from the top. 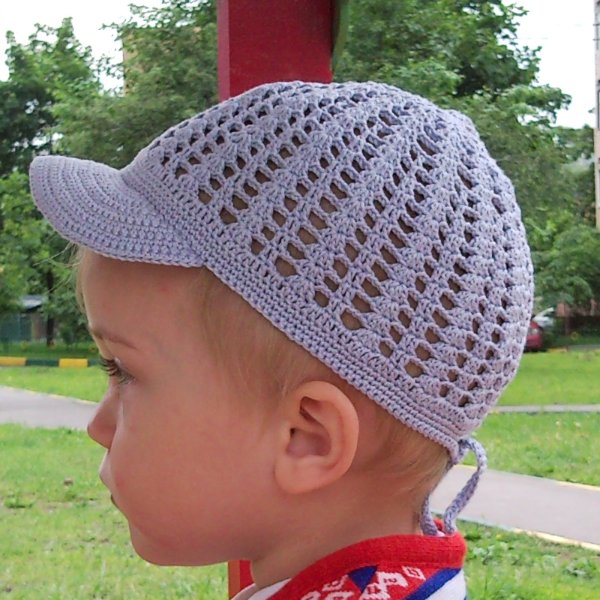 Related articles:
Instruction
1
Provarite a chain of six loops and lock it in the ring. Promazyvaya in each loop for two bars, tie ring twelve lush bars, performing in front of each loop of nacida. Between the posts promazyvaya air loop. In the first round and pull loop for columns with a length of 1.5 cm.
2
In the remaining rows for a lush bars enough to pull loops of length 1, see the Last column of the row is not smykala with the first one, and continue knitting in a spiral, increasing the number of rows and increasing the area of the circle from which you will form the cap.
3
In the process of knitting the second and subsequent rows, insert the hook at the same time under the air loop and chain bars-"slingshots" of the previous round. In the further rows, place the "slingshot" over the other columns, increasing the number of columns between them by one in each subsequent row. In the end, you should have a hex cloth, suitable in size to your head.
4
Provarite six-eight rows of simple columns, reducing loop on one half of the circle. Draw in the sixth round 4-5 bavleny, and in the eighth round 3-4 subtraction. In the eighth row place the short bars between the short columns of the sixth row, pulling the two loops and entering the hook into the first air loop. Then pull the two loops and enter the hook in the second air loop. Provarite all the loops are on the hook.
5
Tie the hat with three rows of columns without nakida. Fold the thread in half and tie bars lightweight visor caps tie the first row of the four columns without nakida, two polytypical with stitches, three columns with nakida and four columns without nakida to the canvas turned out different heights.
6
Provarite another series without nakida and start knitting the next row in the same way as the first, turning the work inside out. Link for the visor, eight rows of columns without nakida, while in the rounded areas of the visor make two additions.
7
When the visor is ready, tie it together with the crown twist in one strand.
Is the advice useful?
Подписывайтесь на наш канал