How to set the shutter speed and aperture

Many novice photographers are faced with the question on how to remove one or the other of the most high quality and beautiful. When working with light, depth of field, when shooting with low light, moving subjects will help knowing how to correctly expose expobar and what results you can get. 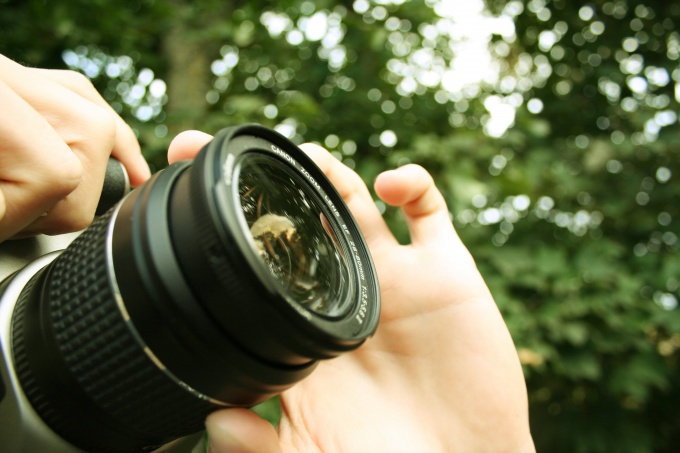 Related articles:
You will need
Instruction
1
The term "diaphragm" is derived from the Greek word "partition", otherwise it is called aperture. The diaphragm is a special device built into the lens for the regulation of the diameter of the hole to allow light onto the sensor. The ratio of the diameter of the lens opening to focal length is called the aperture.
2
The letter F is denoted by f-number, which is the reciprocal value of the relative aperture. Changing F by one step, get a change of diaphragm openings 1.4 times. And the amount reaching the sensor the light will change 2 times.
3
The smaller the aperture opening, the deeper the depth of field of the imaging space, i.e. the area of sharp focus around the subject. To set the desired aperture, depending on the camera model, you can manually via the menu of the camera, rotating the aperture ring on the lens or the control wheel on the camera body.
4
The smaller the F-number, the larger the aperture, and hence the diameter of the lens opening becomes wider and the matrix gets more light. The maximum open aperture value of f1.4, f2.8, etc. For a 50 mm lens the depth of field will be maximum when set to f22, and f1.8 – the sharpness will be small. For example, when shooting a portrait, to get a clear face and blurred the background, the aperture must put a small f2.8. If the diaphragm on the contrary hold, i.e. expose a larger aperture most of the frame will be in focus.
5
The length of time during which the light rays hit the CCD, is called the shutter speed. The shutter camera provides. Aperture and shutter speed together are called expopark. Increase the light sensitivity is inversely proportional to exposure, i.e. if the sensitivity is increased by 2 times, exposure should also be reduced by half. For measuring exposure applicable fraction of a second: 1/30, 1/60, 1/125 or 1/250 s.
6
For shooting moving objects to avoid the "perturbation" is to use a short shutter speed. To calculate the right exposure, you need to know what focal length you will be shooting. For example, a lens – 24-105mm, he pushed half – about 80 mm. And since the maximum exposure should not be more than the value, inversely proportional to focal length, shutter speed should be set no longer than 1/80 s. Short excerpts are used to "freeze" motion: flying birds, falling, running athlete, etc.
7
For shooting at night or dusk is better suited a long exposure. It will help to correctly preexponential frame. When shooting with a long exposure high probability of occurrence of blurring, in this case, use optical stabilization or a tripod. Such exposure will allow you to shoot interesting subjects – "fire trail" in evening and night scenes of moving cars.
8
When shooting water exposure is of great importance. Short shutter speed the water will resemble glass. When shooting slow rivers and streams it is best to use shutter speeds from 1/30 to 1/125 s. Rapid streams or crashing on the rocks of the waves is to shoot on shutter speed at 1/1000 with, because it will allow to elaborate a fine spray. For shooting fountains and waterfalls suitable long exposure – it will allow to transmit the movement of the water.
Note
The more open the aperture the longer the shutter is open the more light reaches the sensor. In photography adopted a standard series of apertures and shutter speeds. The aperture value are indicated in fractions of the focal length of the lens (hence the name "aperture": aperture Value are indicated as a fraction of focal length...
Useful advice
Shutter speed is the duration of exposure, the time during which the flow of light arrives at the photosensitive elements of the matrix. In cameras with Central shutter the exposure time coincides with the shutter speed in cameras with a curtain shutter, the Aperture (in foreign literature - Aperture or Diaphragm) – maximum aperture of the lens, which changes the amount of the transmitted light.
Is the advice useful?
Присоединяйтесь к нам
New advices