How to flash a nokia phone, if it is not included

The question of efficiency of the mobile phone at least once in your life been touched by each user. Sometimes the accidents lead to its complete blockage or failure, and then without flashing the system just will not do. But its implementation may also be hampered due to finding the phone in Dead Mode (off mode). 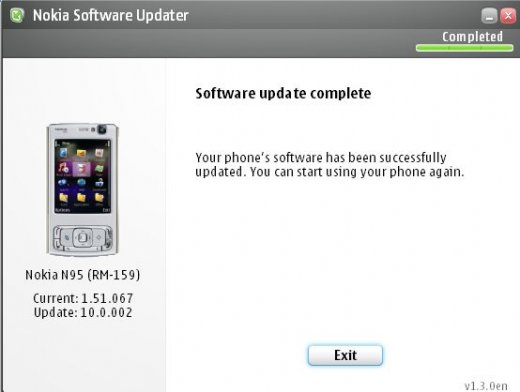 Related articles:
You will need
Instruction
1
Downloaded from the Internet a program for flashing the phone. Choose the free or trial-version, which in the database is a phone of Nokia brand, including not working (not activated). The official version of the program for the firmware Nokia NSU (Nokia Software Updater) not officially available to everyone.
2
Charge the battery of the phonewhich is in Dead Mode (off mode). It should charge with the phoneor use another charged battery pack.
3
Run the program on your computer. On the toolbar under "Connection" in the "Status phone" referred to Dead Mode.
4
Plug the connecting cord to the phone. Follow the instructions of the program. At her command, push and hold the power button for a few seconds Nokia. Follow the on-screen display.
5
The program confirms or does not confirm the identification of phone Nokia. Press the "Continue" button, depending on the result. If the Nokia phone does not turn on, disconnect and reconnect the cable to the phone. To do the same operation with the connector on the computer.
6
Reaffirm the continued flashing of the phone. From the list, select the desired firmware version. Confirm the selection by pressing OK.
7
Watching the progress bar on the screen. If the program has no visual indicator, the forward end of the flashing process. After 10-12 minutes the screen will appear a dialog box with the results. Activate the OK button. If everything went OK, the Nokia phone should automatically start.
Useful advice
Any process of flashing the phone in Dead mode Mode is quite energy-intensive. Therefore, the battery should be as charged. If it is not possible to verify the degree of its charge, it is not necessary to produce flashing of the Nokia phone, which is not included – in this case, the phone may permanently fail.
Is the advice useful?
See also
Подписывайтесь на наш канал