How to tint rear window

Compared with tinted side Windows, tinted rear Windows is more time-consuming process. In the absence of this skill will be quite difficult to install the film without bubbles and other defects. If you still decided to make tinted rear Windows with their hands, then maybe you'll appreciate some of the basic rules of toning of this species. 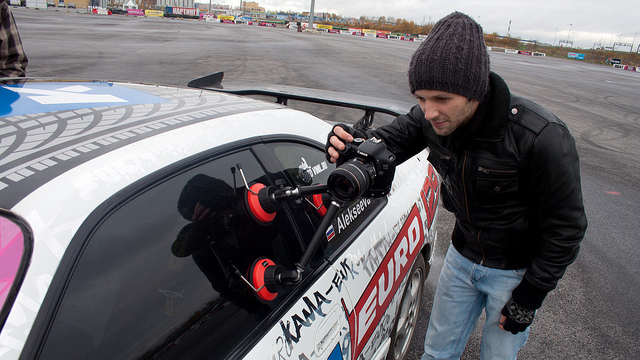 Related articles:
Instruction
1
First of all, carefully inspect the rear window of the car. When it detects any irregularities it is better to abandon the tinting of the rear window. At least as long as the existing irregularities are eliminated.
2
If the bumps you have not found, before the process of tinting you need to carefully clean the glass. To do this, spray liquid glass cleaner and then remove it along with the dirt rubber spatula in a horizontal direction. This procedure should be repeated several times until the glass will not completely clean.
3
After completion of the process of preparation of the glass you can begin to install the film. It is very important to use only high quality film. Therefore, you should not skimp on price film. Cheap low quality film has a short-lived life, and in the end you will have to buy a new film and repeat the procedure again. In General, in this case, the saying "miser pays twice" is more than relevant.
4
Now start tinted rear Windows, starting from the top. First, liberally spread the liquid on the top of the glass. Then you need to separate the film from the protective layer one-third and liberally spray the liquid on the surface of the film adhesive and glass. Then separate another third of the film, similar to spray liquid on the surface and attach the film.
5
Now the remaining third of the film separated from the protective layer and similarly to the previous two sections attached to the glass. While film is still wet and full fixing did not happen, you have time to correct the alignment of the film. When the film evenly, you are ready to be ironed with a rubber spatula, starting from the bottom of the film in the direction away from the center.
6
In the process of Ironing on the film are often formed bubbles and creases. However, it is important in this situation not to use harsh mechanical action, to avoid the risk of damage to the film. It is better to wait for ten minutes and repeat pressing with a spatula. In addition, it can help to heat the film a hair dryer. If you have to deal with all the defects of the film, then you can consider yourself a Pro. However, we must still repeat that the tinted rear Windows – technically laborious task that requires certain skills and knowledge of the material properties. Therefore, in the process of tinting the rear window on their own the probability to not the best result possible.
Is the advice useful?
Подписывайтесь на наш канал