How to make a detailed plan

The plan is the Foundation on which rests then the study abstract, artwork, the script of the film or a recipe. Therefore, it is important in the beginning make a comprehensive plan so that it reflects in accordance with the logic of your insights. 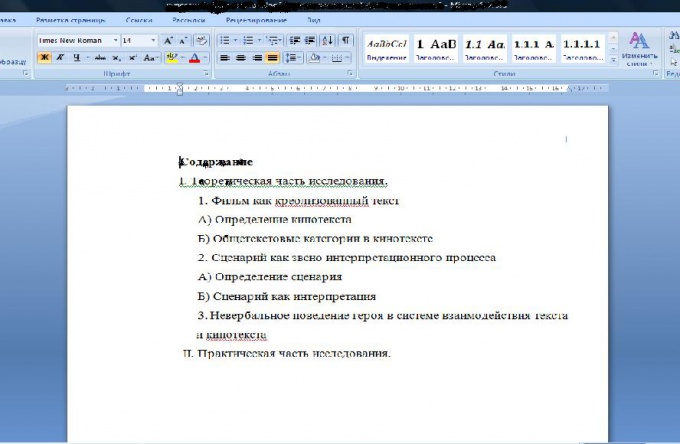 Related articles:
Instruction
1
For a start write down all the ideas hovering in your head. Write them as they are - in a chaotic sequence, if necessary. Write out everything that has derived ideas on the large and small and including several small in one large. Hierarchy let us then, now the main thing - to catch thoughts by the tail and throw ' em on a piece of paper or in word on the computer.
2
It is important to jot down ideas, guided by some General principle. For example, you can create a target plan, thesis. It is a matter of taste, but all ideas at the initial stage should be recorded in a single view. Write them down as briefly, create some "clusters of meaning", which will then easily deploy. Ordered ideas recorded in one view will then be easier to distribute through the levels and build in turn.
3
Now it is mainly. Each work of art (so you can call the work that needs to happen in the end, it is a work which in the broadest sense of the word) has a beginning, middle and end. If you make a plan for course work, then its constituent parts are: introduction, which describes the goals and objectives of the study, its relevance, the methods used in the course of the study, and so on; the theoretical part, where the theoretical situation in which you have conducted practical research; and finally, the practical part. Written ideas now need to expand on these "shelves". The plan in principle ready, but now we have it "expand".
4
Each idea if you want you can find the parts, and sub-paragraphs, where the specified parts of a phenomenon, aspects of his descriptions and the like. The content of these paragraphs will depend on the total content of your work and the specifics of the discipline for which you write. They need to "cram" in those General provisions, which already formed the basis of your plan.
5
It is possible to go the other way. If you have already finished some preparations, for example, prepared the extracts, individual chapters, you just need to arrange them in logical order, assign each a name that will convey its General content in a compressed form, and then break the head into its component parts and call each by the same principle. A detailed plan ready.
Is the advice useful?
Присоединяйтесь к нам
New advices