How to fill out a receipt for electricity

Daily, at home and at work we spend electricity. If for power in offices, shops and at the enterprises, organizations pay the bills, put utility companies, the people for payment of electricity is required to fill out their own receipts and calculate the amount you need to pay, relying on the testimony of Elektrocounters. The appearance of receipts for payment of energy are different, depending on the payee. 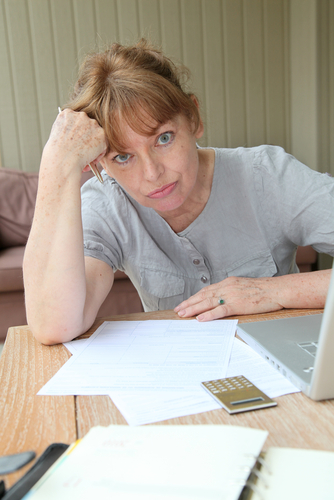 Related articles:
You will need
Instruction
1
The fields "name" and "Address".
It's simple – write in counts, respectively, the name of payer and address, which was consumed electricity.
To payment is not lost and it was credited to your account, receipts provided for field for subscriber information. This can be the account number or contract number. Receipts of "Mosenergo", for example, is the subscriber number. It consists of 10 digits. The first 5 digits are the book number, the second 3 digits – the caller's number, written on the title page of the book on electricity bills, they can also be clarified by calling the power company. For each subscriber they own and are permanent. The last two digits – check digits.
2
The Field "Period".
This refers to the period, namely the period of time for which we pay the electricity. Usually in the forms of receipts means that the field will stand a certain month. After all, once a month is required to pay for consumed energy. But generally, the payment period can be anything: nobody can prevent you to pay for electricity every week and no one is immune from that because of lack of time, it will miss another payment and have to pay two months at once.
3
Field meter readings.
"The current counter reading".
In this field enter the numbers that showed your meter to the end of the billing period. March paying for electricity here entered meter readings as at 31 March, for example, 29960 kW.h. Counters usually display a five digit value of the energy consumed, but still some old models with four digits. If the last digit on the counter is separated from ostatnich period, or comma, to ignore is a few tenths of kilowatt-hours.
4
"Previous meter reading"
In this field, neatly rewrite the numbers from the latest pay stubs, you need the ones that were listed in it as "current". For example, in the February receipts field "Current counter" looked like 29632, these figures put down in March in the column "Previous meter reading".
5
Calculation of energy consumption.
From the column "Current counter" subtracted the value of the column "Previous meter reading" (e.g., 29960 - 29632 = 328) and the resulting difference is recorded under "electricity Consumption".
6
The calculation of the amount required to be paid.
For this you will need valid for the period payment rate (the cost of one kilowatt-hour of electricity consumed). In different regions it may be different, in addition, changes over time (usually once a year and usually upward). For example, in 2010, the value of kW.h in Moscow was 3 rubles 45 kopecks, and in 2011 it was equal to 3 rubles and 80 kopecks so, multiply the value from the column "energy Consumption" at the current rate.
For example, 328*3,80 = 1246,40 - value for the column "Amount". This means that 1246 RUB 40 kopecks. you will need to attach a receipt to pay at the point of reception of payments.
Useful advice
Often, the companies selling us the light, offering to pay is already filled in with their receipts are distributed via mailbox. The amount of these receipts is not tied to the meter, and is calculated based on the average consumption of electricity. Once or twice in the year exposed the so-called corrective receipts that increase or decrease the amount you pay depending on the real consumption. If the filling in of the receipt is causing you serious difficulties, possibly, pay ready receipts - it is your lifeline.
Is the advice useful?
See also
Подписывайтесь на наш канал